I love the Fall! It’s a welcome break after the long, hot Summer. I enjoy a good pumpkin recipe, but my first choice would have to be apples when it comes to Fall recipes. I’ve put together a collection of fifty different apple recipes for you to try this season. Some are sweet, some are savory, some are healthy and others are decadent. Enjoy the collection and remember, if you want to pin a specific recipe, please click through to the source. If you want to pin the whole collection, you can pin from this page! Which recipe will you try first? 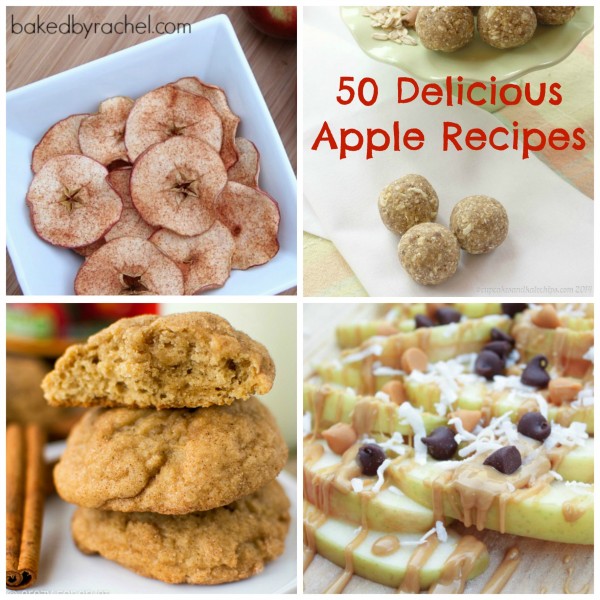 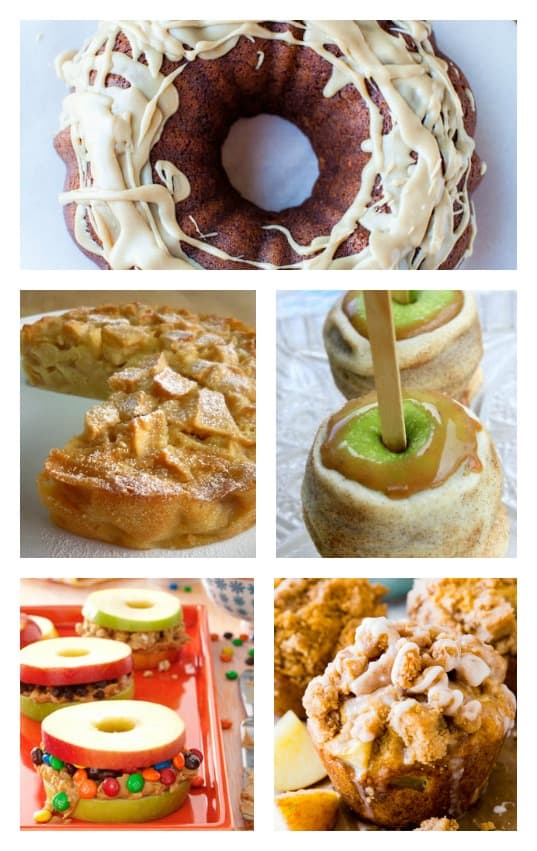 Apple and Peanut Butter Stackers by Taste of Home

Apple Caramel Pie by Girl Who Ate Everything 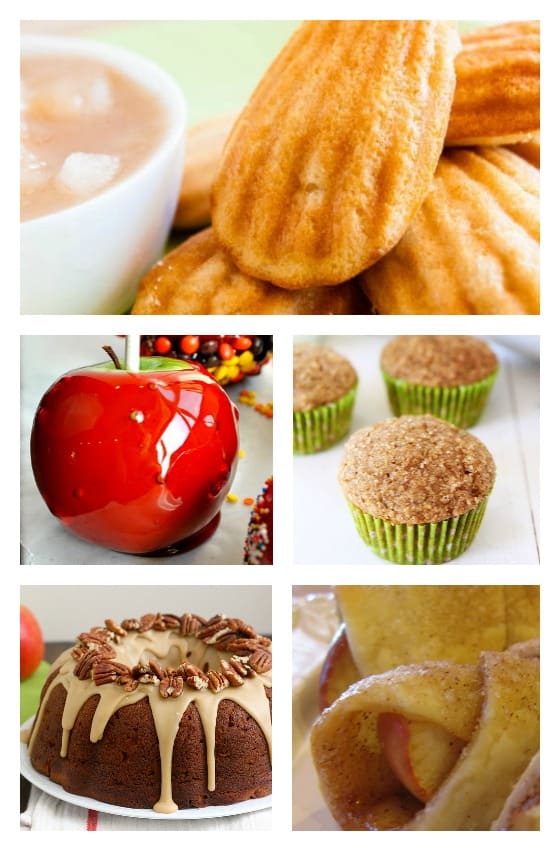 Candy Apple by The Mother Huddle

Apple Zucchini Muffins by Two Peas and Their Pod 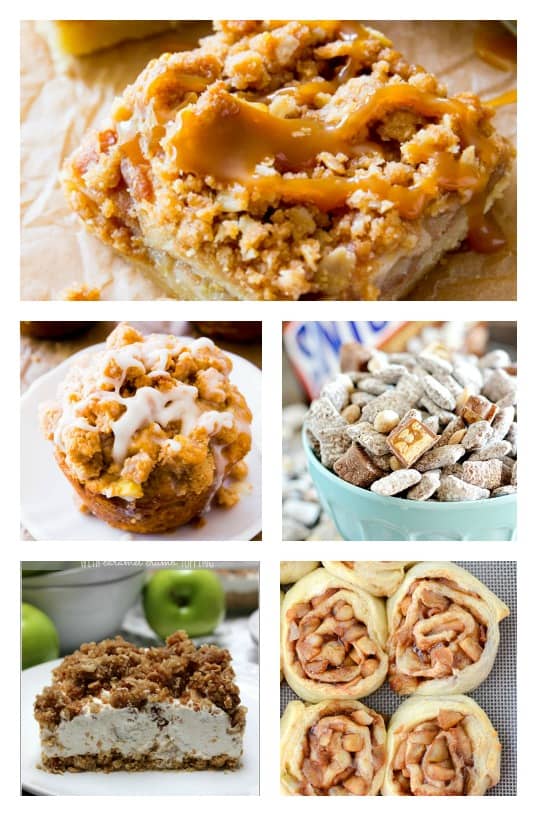 Apple Pie Muddy Buddies by A Pumpkin and A Princess 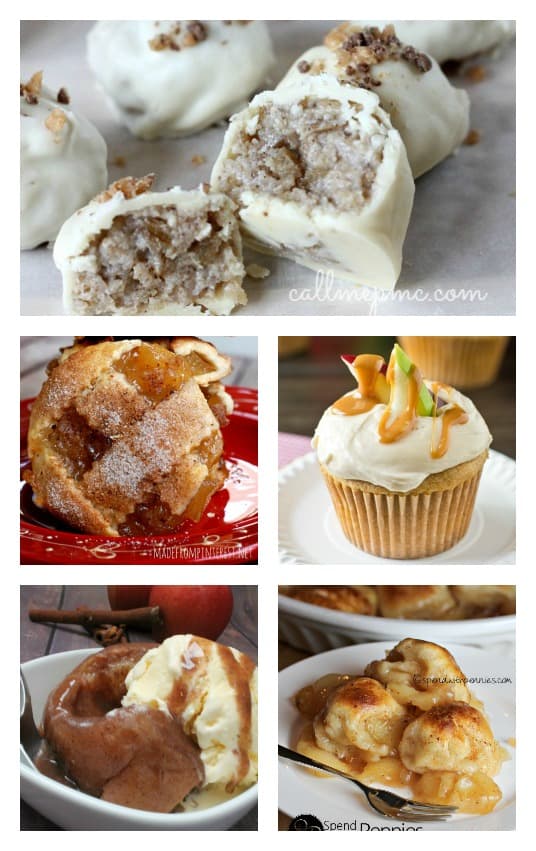 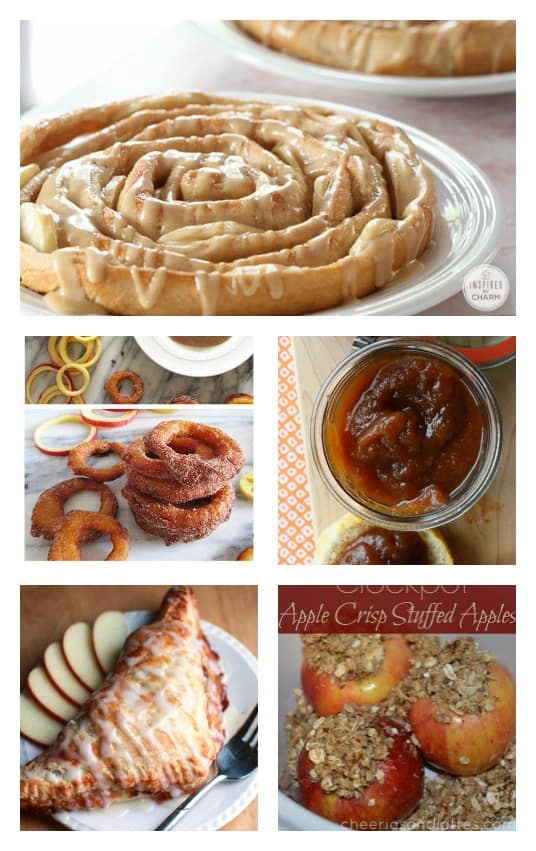 Apple Crisp Stuffed with Apples by Cheerios and Lattes 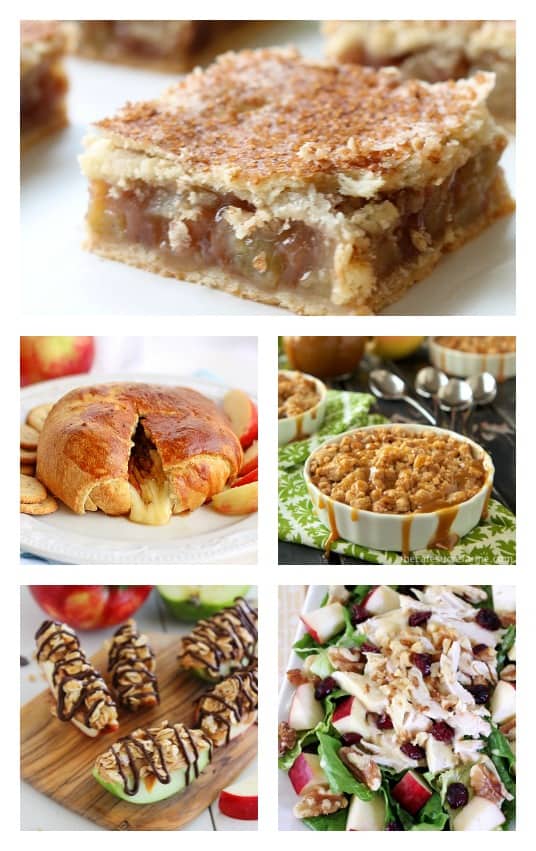 Cranberry Apple Chicken Salad by Cinnamon Spice and Everything Nice 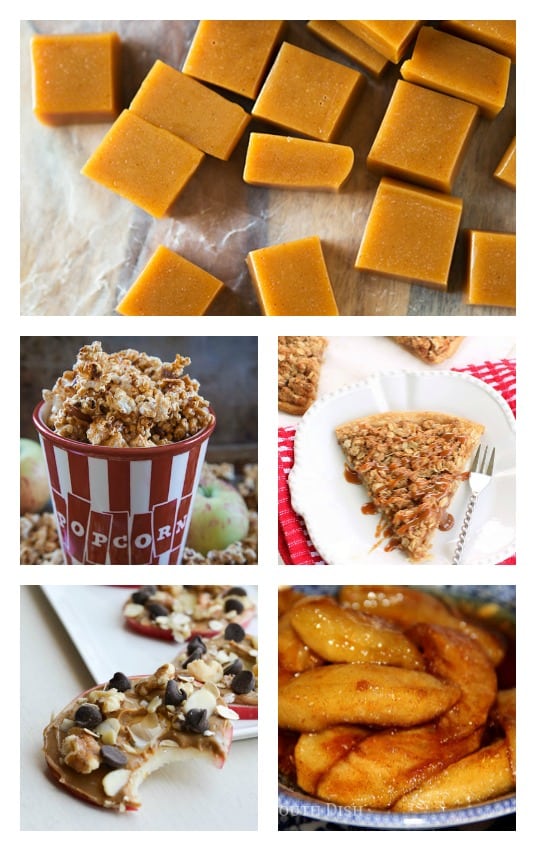 Apple Crisp Pizza by The Girl Who Eats Everything 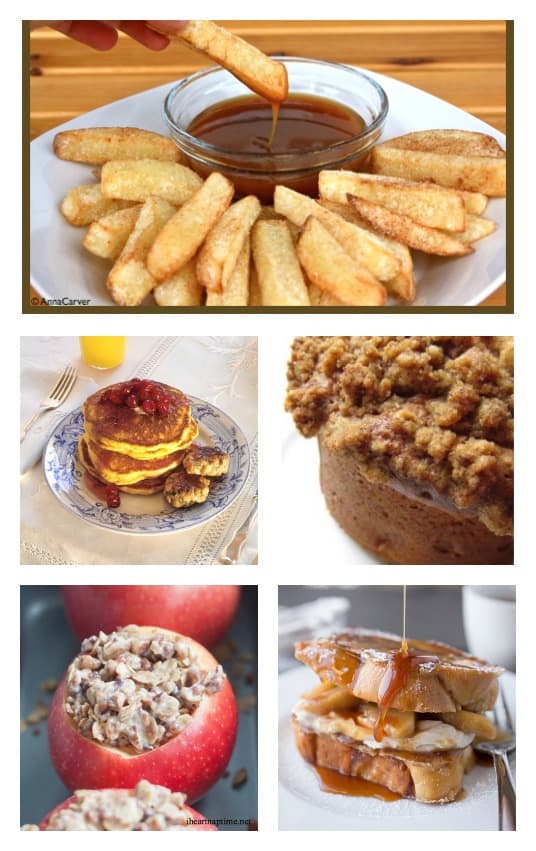 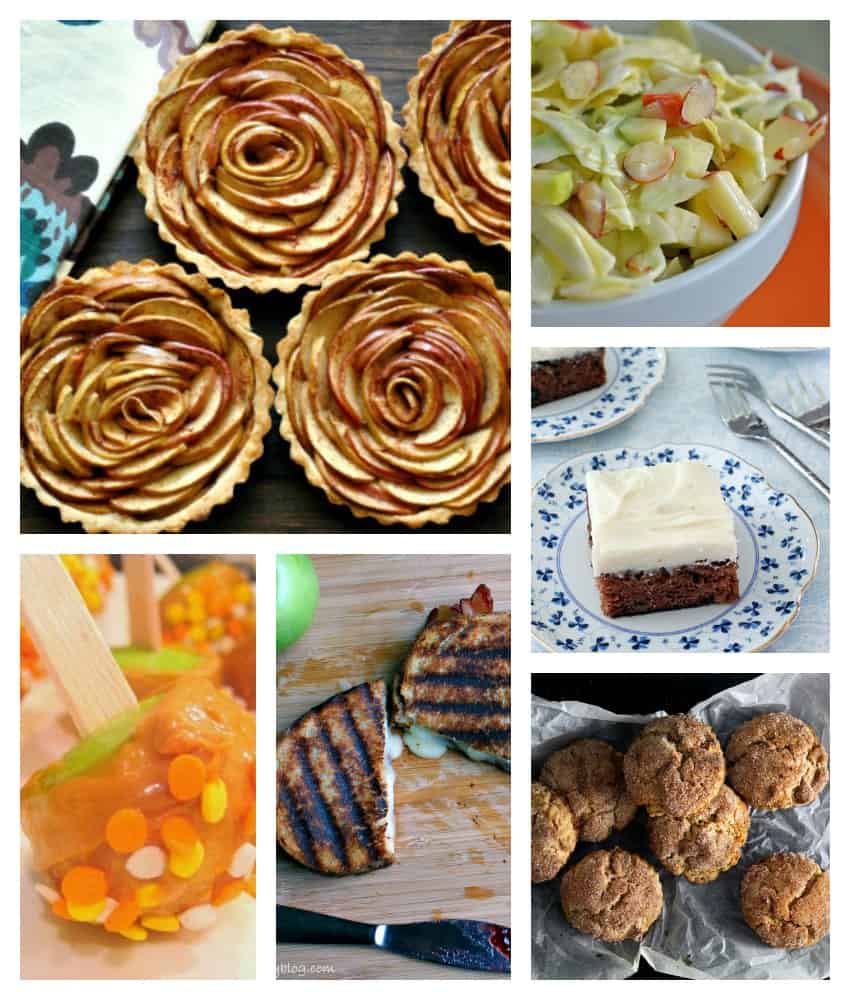 Old Fashioned Apple Cake by Cinnamon Spice and Everything Nice

Crunchy Apple Slaw by Seeded at the Table

Here are a couple “bonus” apple recipes of my own! 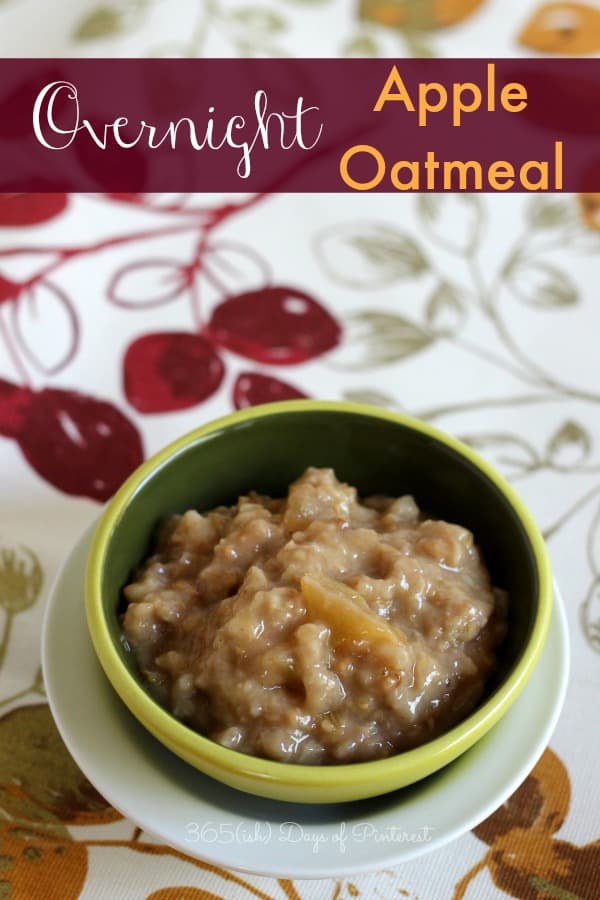 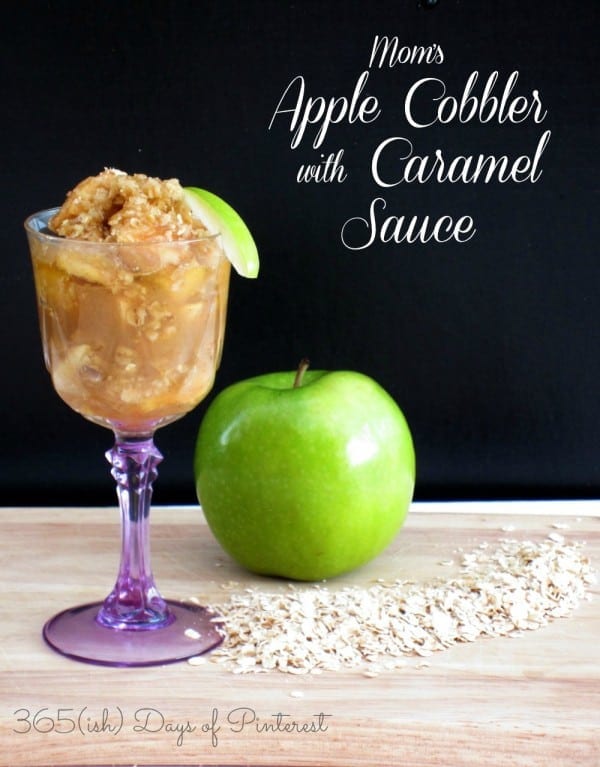 « How to Preserve Pumpkins and Decorative Gourds
Easy Beef Quesadillas »