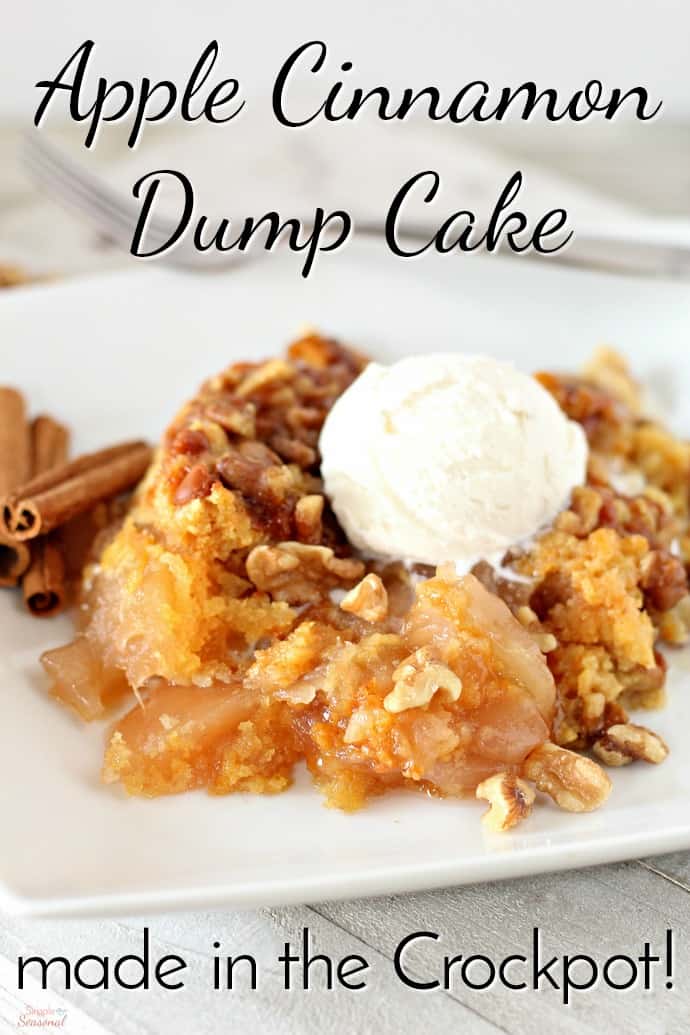 Only five ingredients go into this delicious Crockpot Apple Cinnamon Dump Cake. Bring it to the next potluck or holiday dinner-just don’t forget the ice cream!

That’s right. You read the title correctly. CROCKPOT Apple Cinnamon Dump Cake. You only need five ingredients and a slow cooker to make this dessert happen! Pumpkin dump cake was one of the very first things I tried when I discovered Pinterest.

I don’t know how I grew up in a Baptist church with regular potlucks and never heard of dump cakes! They are so easy to make and they taste delicious! I put these ingredients together the other night for dessert and it. was. awesome. Really. 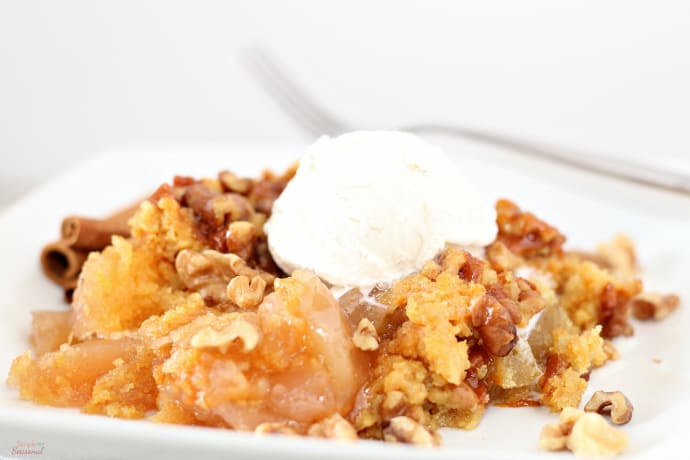 Dump cakes get their name from their “preparation.” You literally just dump out a can of pie filling and a box of yellow cake into a pan and you’re just about set. 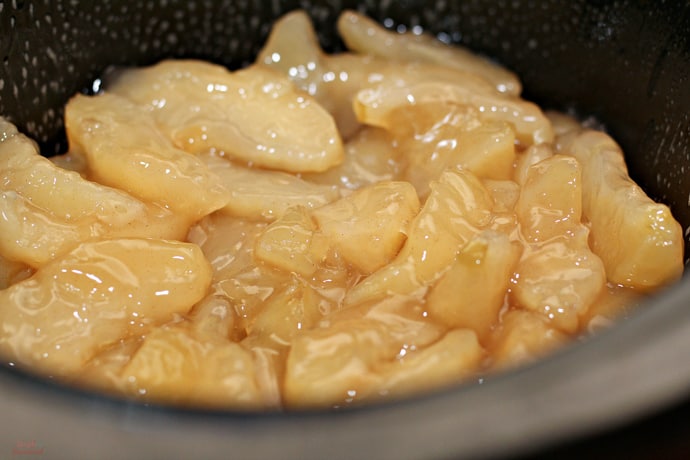 Spread apple pie filling evenly on the bottom of a slow cooker. 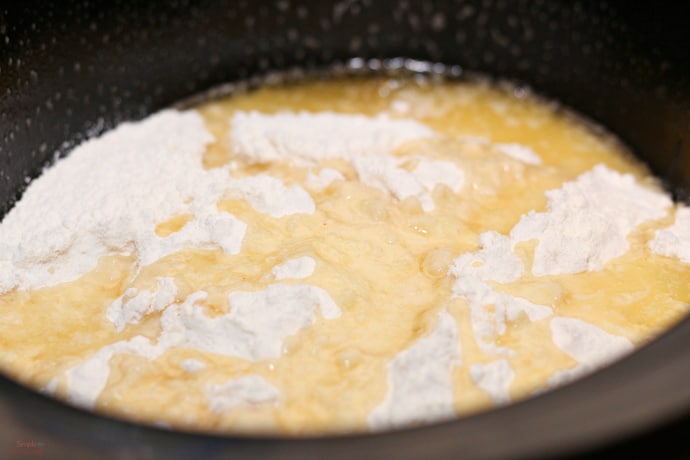 Cover the filling with cake mix and butter. 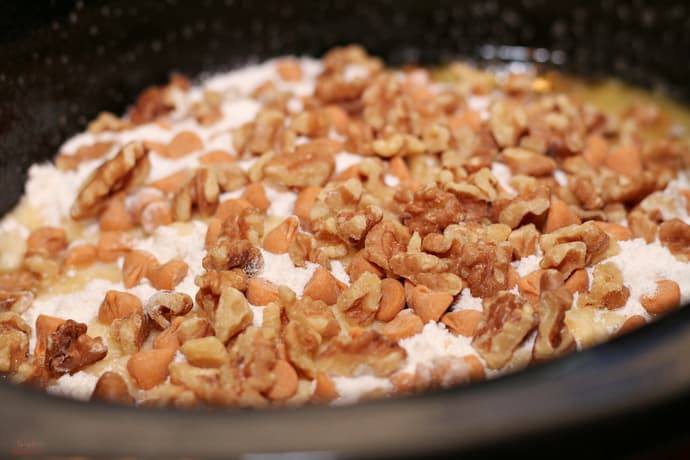 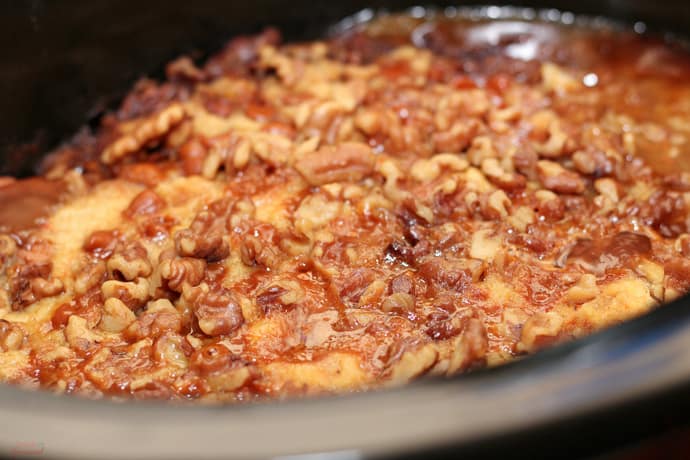 Cook and then serve warm with ice cream!

One thing I didn’t really like about the pumpkin dump cake was the lack of texture, especially in the middle where the you don’t get any crispy edges. So for this cake, I tossed in some walnuts for that extra crunch. That simple addition took this dessert right over the top! 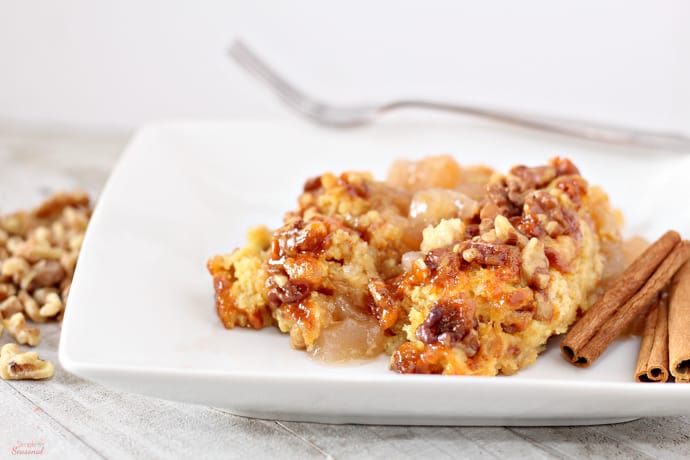 It was a little taste of Fall on a plate. (Even though I could barely stand to be outside taking pictures because it was 108°) A girl can dream. 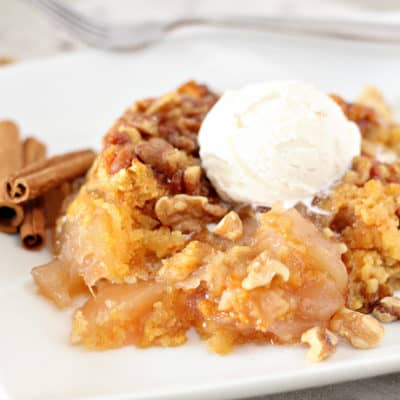 I have a few more desserts and other meals pinned that are made in the crockpot. (Insert shameless plug to follow my Crockpot board on Pinterest here.) I am looking forward to trying them as the weather cools down a bit. I got the inspiration for this dessert from The Magical Slow Cooker’s White Chocolate Cherry Dump Cake. 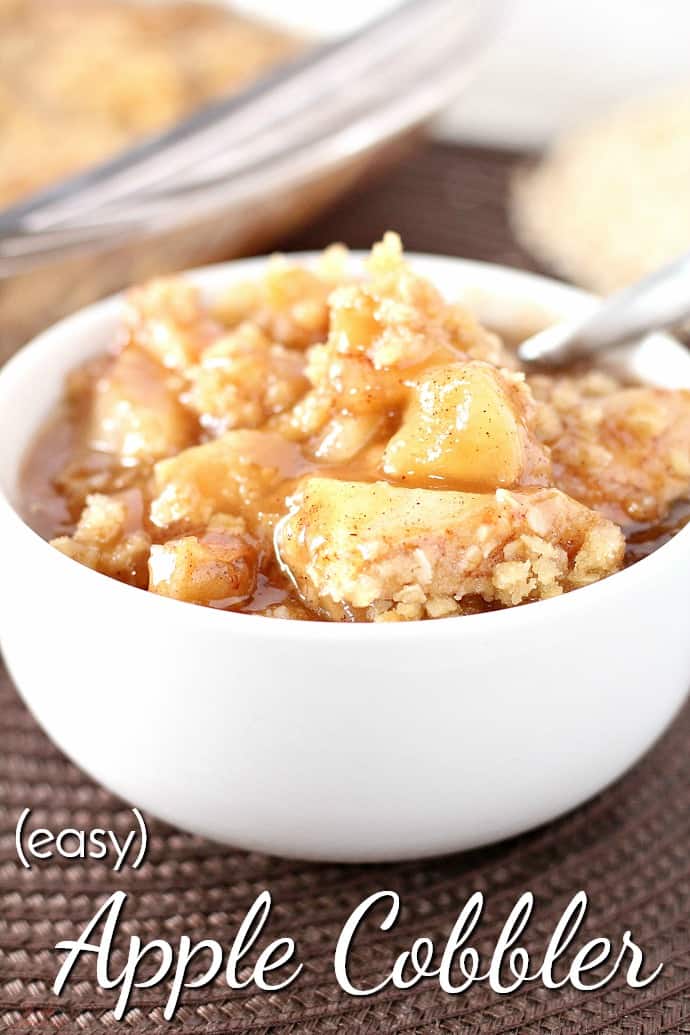 If you are a big fan of easy apple desserts, you should try my mom’s Easy Apple Cobbler. That IS something I grew up eating at potlucks and doesn’t require a bunch of ingredients or a lot of time to put together. So what gets your vote this Fall: apple or pumpkin?