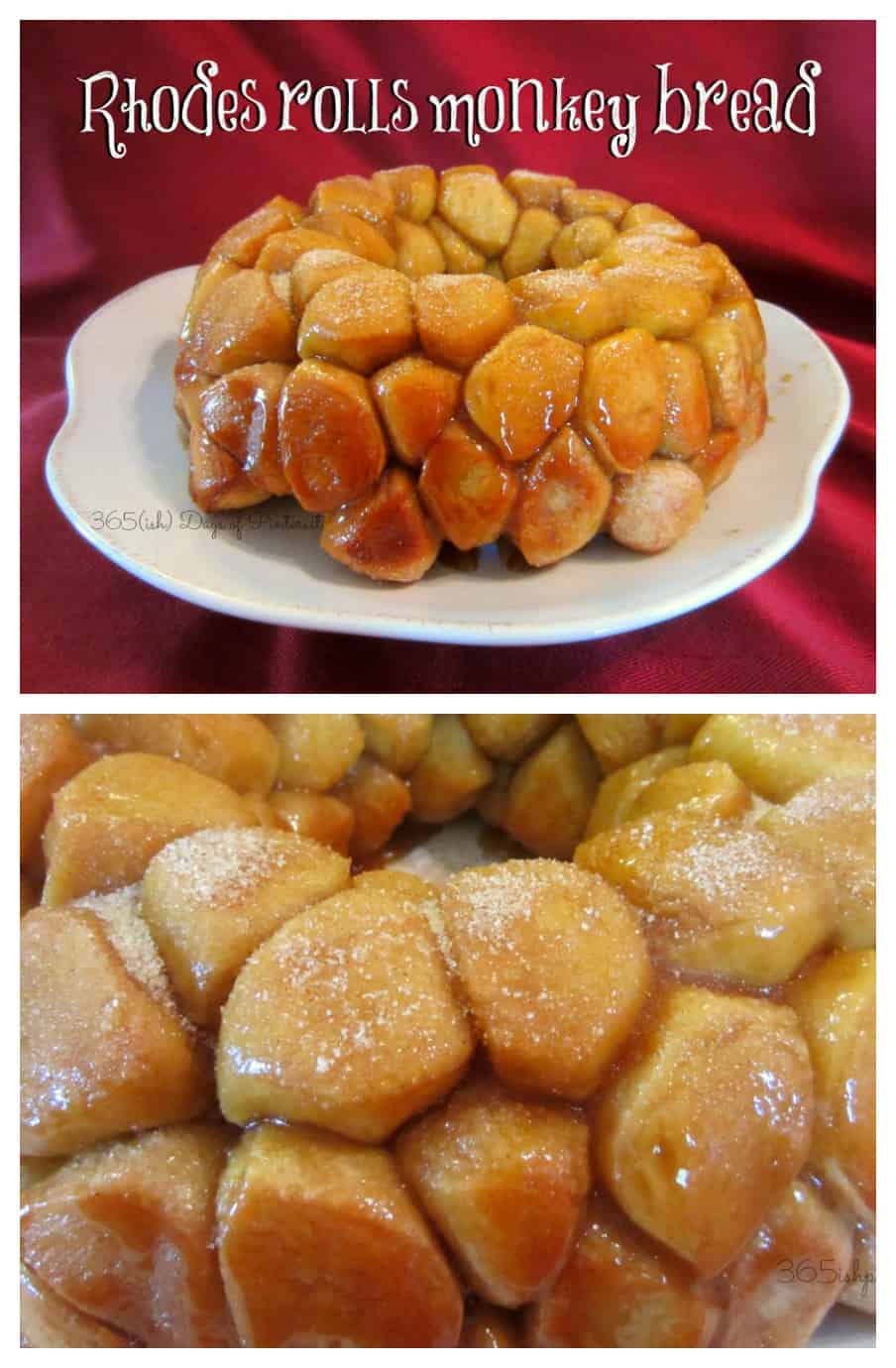 Made with frozen dinner roll dough, Rhodes Rolls Monkey Bread really is the best. The fluffy chunks of bread are covered in cinnamon and sugar and baked in a gooey, butter sauce that makes this perfect for breakfast or dessert! 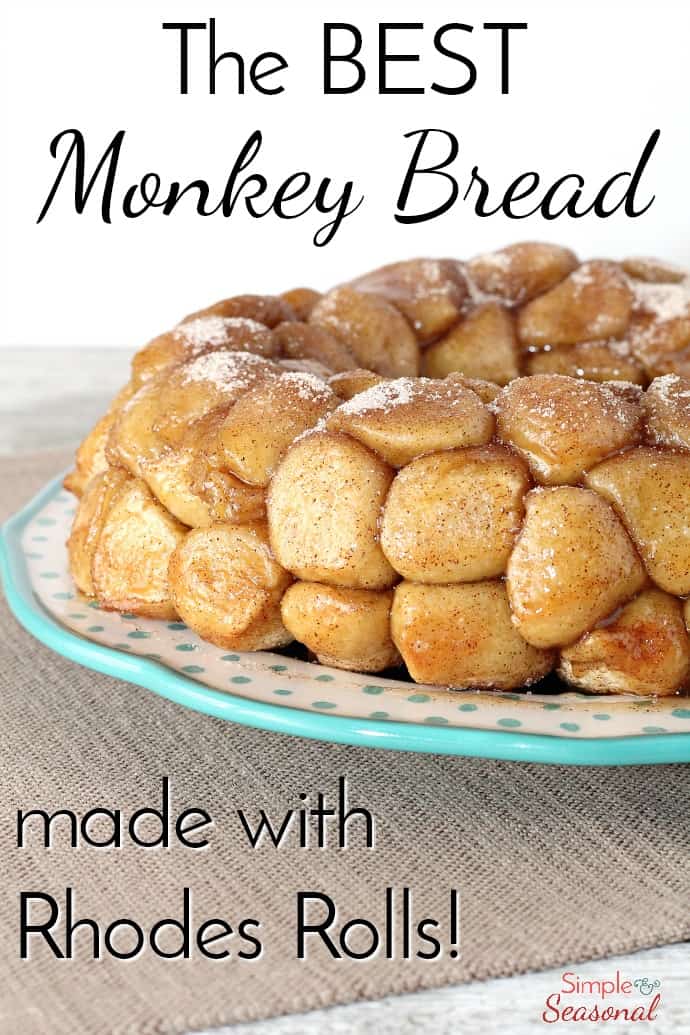 I made this Rhodes Rolls Monkey Bread for our Sunday school class. Because I was putting it together on a Sunday morning (easily the CRAZIEST day in our home) I didn’t have any plans to blog the recipe.

But as I was on my way to choir practice before church, I sent my husband a message asking him to snap a photo just in case.

I’m glad he did, because this turned out so well and several people asked for the recipe. But since it was just a cell phone picture and it’s now several years old, I decided to give this post  little love with some updated pictures. 🙂

The thing that sets this recipe apart from all other Monkey Bread recipes is that it’s made with frozen yeast rolls, rather than refrigerated biscuit dough.

The result is tender bites of bread, covered in cinnamon and sugar, rather than dry biscuits. I honestly don’t like Monkey Bread made any other way. 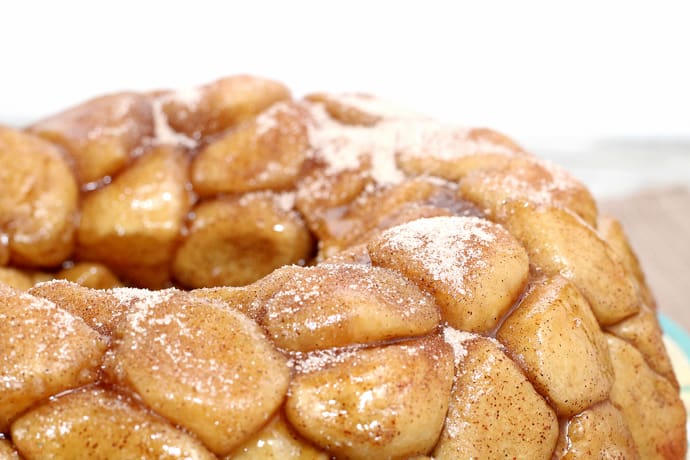 I got the idea from Elle’s Studio and even made it in a baking pan like hers the first time I tried this recipe, but I believe it cooks much more quickly and evenly in a Bundt cake

pan. Besides, it looks prettier this way. 🙂

Stick with a good quality Nordic Ware Bundt pan like this one to get an even bake and make it easy to remove.

Most bags of Rhodes rolls (found in the freezer section) will come with 36 rolls in a bag. This recipe calls for just 24 rolls, though. The fuller the pan, the more likely you will get a sticky mess spilling over the sides, so stick with 24 if you’re making Rhodes Rolls Monkey Bread in a Bundt pan. 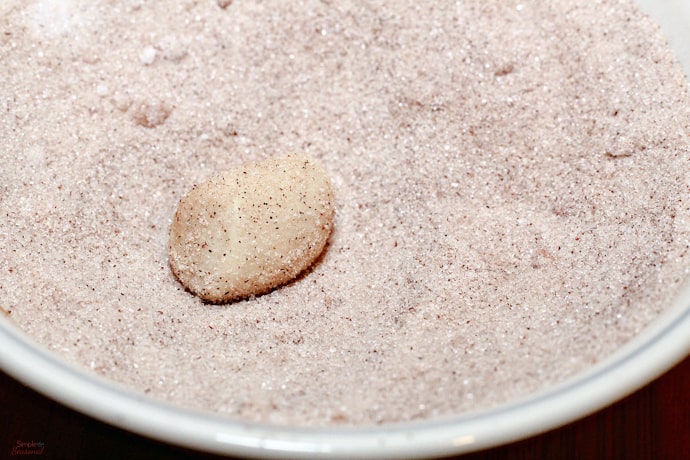 Start by cutting the rolls in fourths and then rolling them in a sugar and cinnamon mixture. This works best when the rolls are mostly thawed, but still partially frozen. It makes it easier to cut them up while still holding their shape. 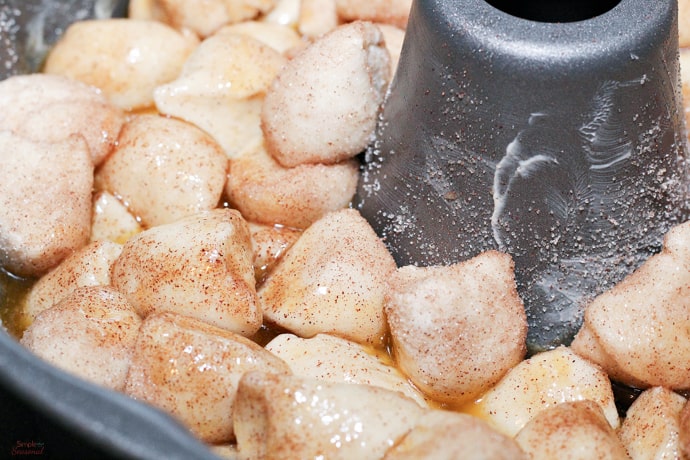 Then toss the pieces of dough into a well greased pan and pour the butter and brown sugar mixture all over the dough. After that, all you have to do is bake and  you’ve got a gorgeous pan of monkey bread that tastes so much better than the kind made with biscuit dough. 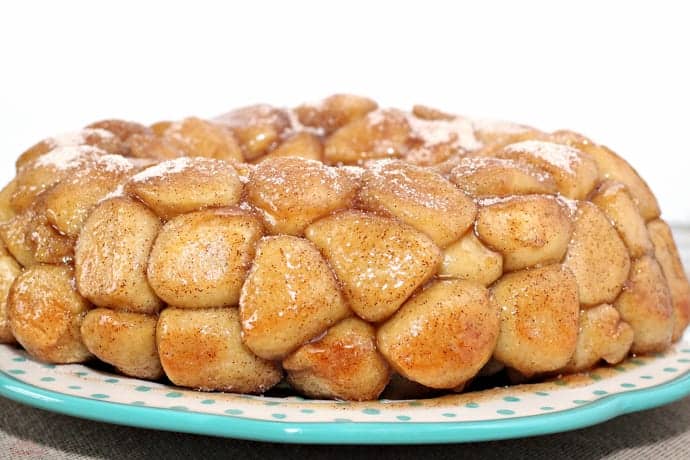 This monkey bread is a “special occasion” breakfast and always gets popular around Thanksgiving and Christmas. I’m glad to know I’m not the only one who loves to bake for the holidays! If you want to really take it up a notch, try making Cream Cheese Stuffed Monkey Bread.

Don’t forget to pin the recipe for later! 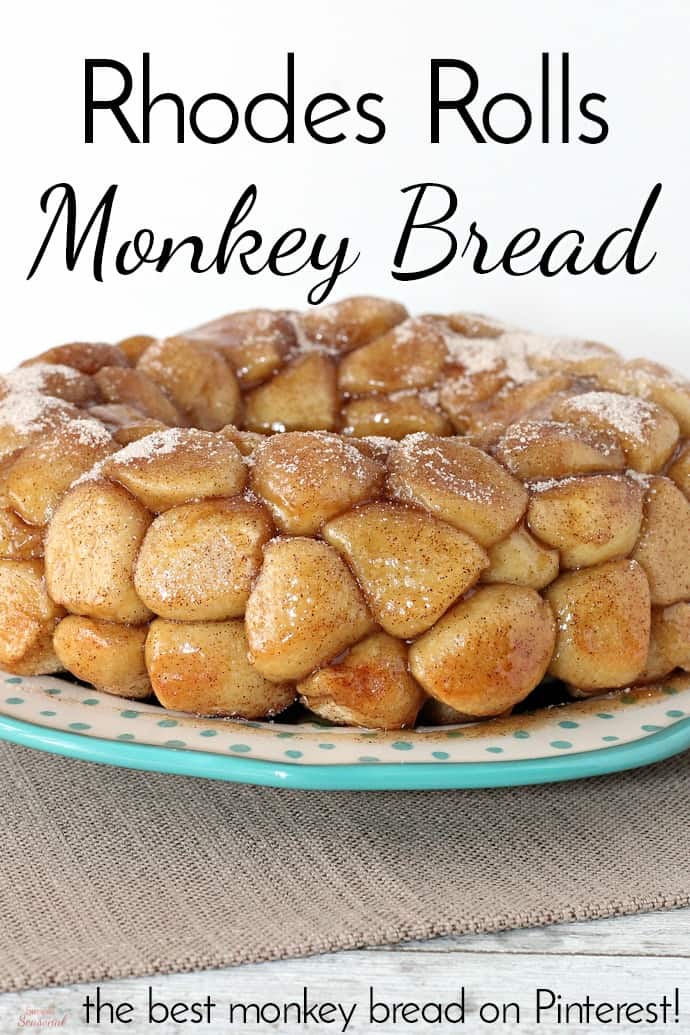