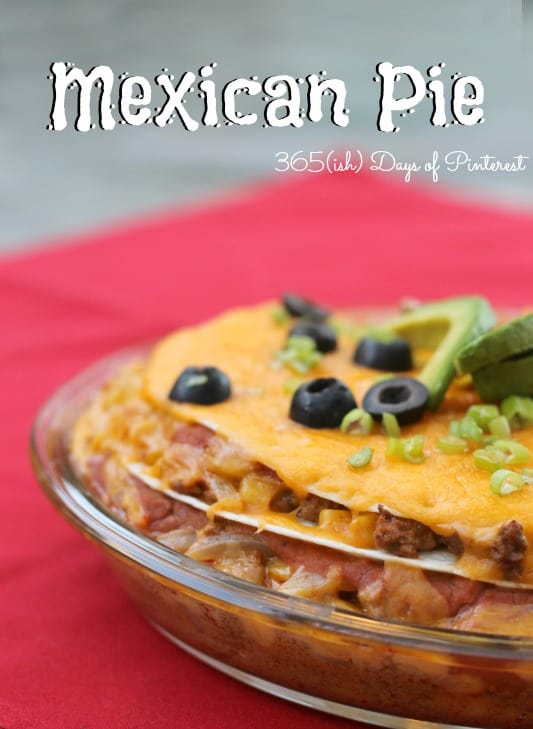 Any food that can be categorized as “Mexican” is my favorite. This includes really Americanized dishes, traditional and authentic dishes, Tex-Mex recipes…you get the idea. When I saw this Mexican Pie over on Hungry Couple NYC, it sounded easy and delicious. I made a few changes to fit our family’s tastes and this was the result. I will say, there was way too much filling to fit in my 9″ pie plate. I should have made two pans instead of cramming it all into one. I even had a cup of filling leftover that I put in a container for later. It would have been much smarter to make one pie and freeze the other one. The original recipe is a “one-skillet” recipe using a cast iron skillet and I don’t own one of those. So keep that in mind when you are making this Mexican Pie. Use two pie dishes, or one spring-form pan or large cast iron skillet. 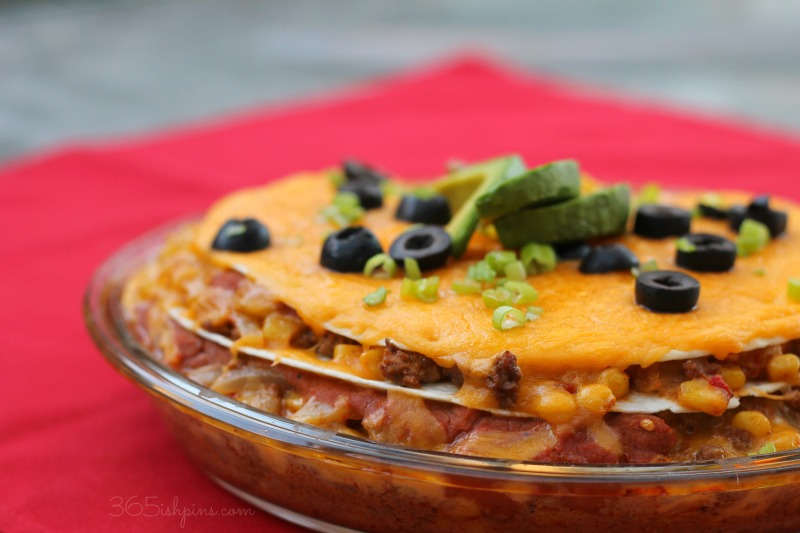 The only changes I made to the original recipe were to add olives (because I love them) and Mexi-corn (shout out to Amy of LissieGirl Blogs for turning me on to that gem-in-a-can.) I also opted to use tomato sauce instead of enchilada sauce as they suggested, but I wouldn’t do that again. It’s nice because it keeps the heat down when you are serving young kids, but it also lacks any kind of flavor. Try to find mild enchilada sauce instead. It’s WAY better. 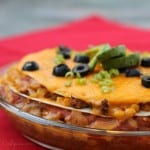 If you like the Mexican Pie, you really LOVE this Tamale Pie. It’s one of my menu regulars now! 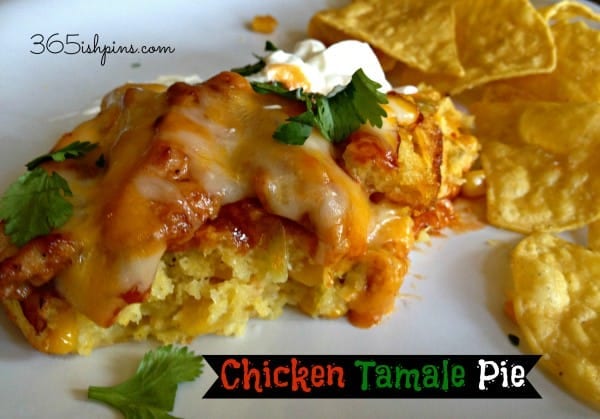 OR…here’s an example of REALLY Americanized Mexican food 🙂 Yet, one of our family favorites: Sour Cream Enchiladas 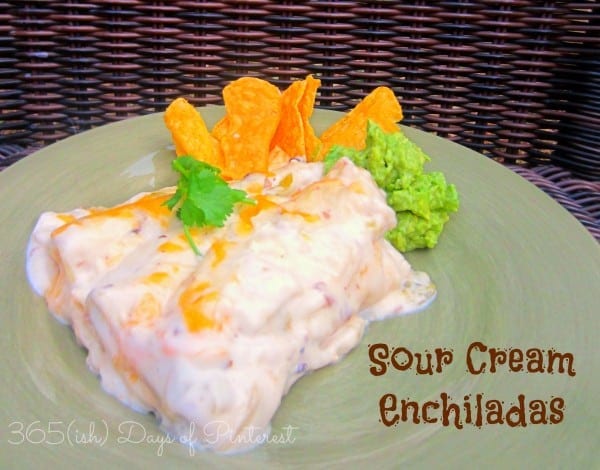