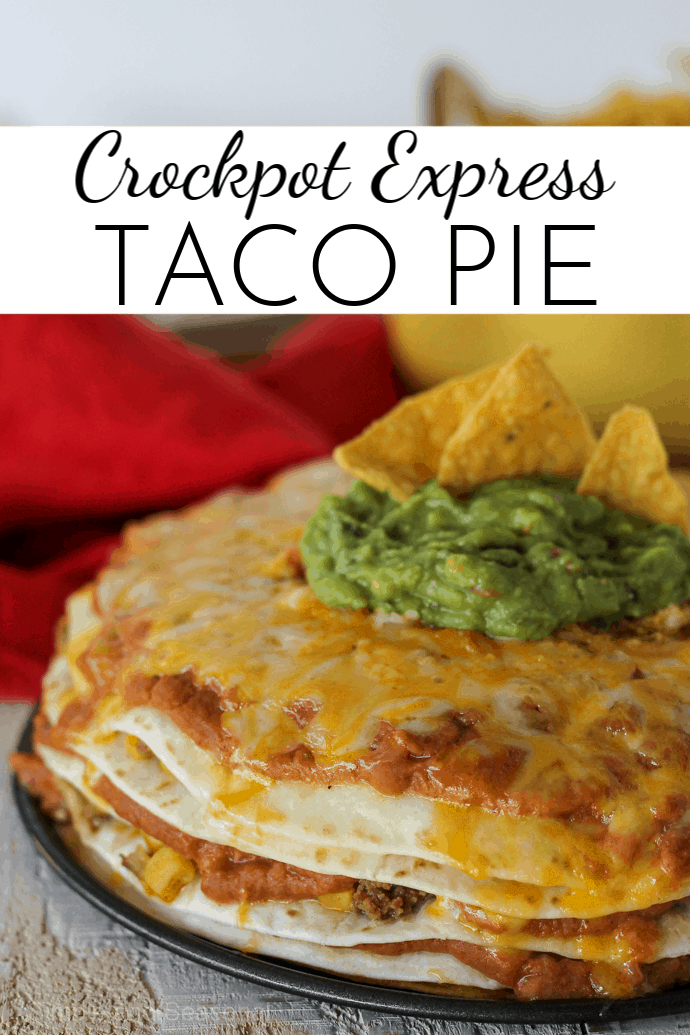 Stacked with layers of delicious taco meat, beans and cheese, Crockpot Express Taco Pie is an easy dinner your whole family will love!

The other day I was sharing an old recipe called Mexican Pie and someone in my CPE Community group on Facebook suggested that I try it in the Crockpot Express. Since the temperature outside suddenly jumped from the low 80’s to over 100, I decided it would be a great day to test out Crockpot Express Taco Pie and avoid using the oven! 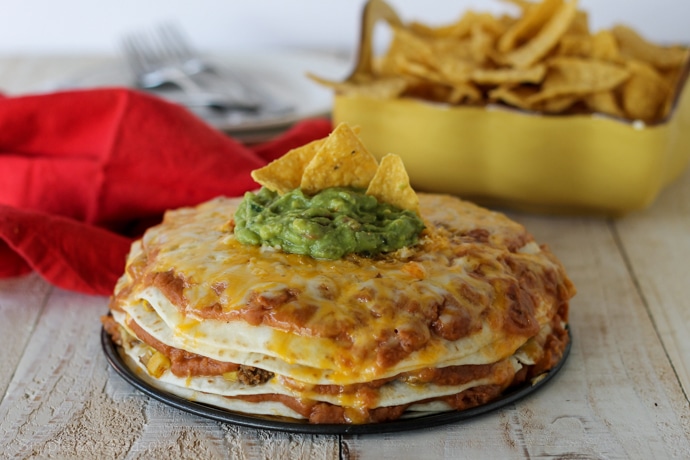 I suppose you could also called this Mexican Lasagna, but since it’s round and sliced in triangles like pie, I went with Taco Pie. Burrito Pie would be more correct, probably, but that doesn’t really roll off the tongue. 🙂

This yummy dinner is made of layers of tortillas, a delicious meat mixture, beans and cheese. Basically all the flavors my family loves. When you top it off with guacamole and sour cream, it’s a delicious one pot meal. (Two if you opt to prep the meat mixture in a skillet on the stove instead of in the pot.) Either way, it’s definitely going on my list of favorite Crockpot Express Recipes! 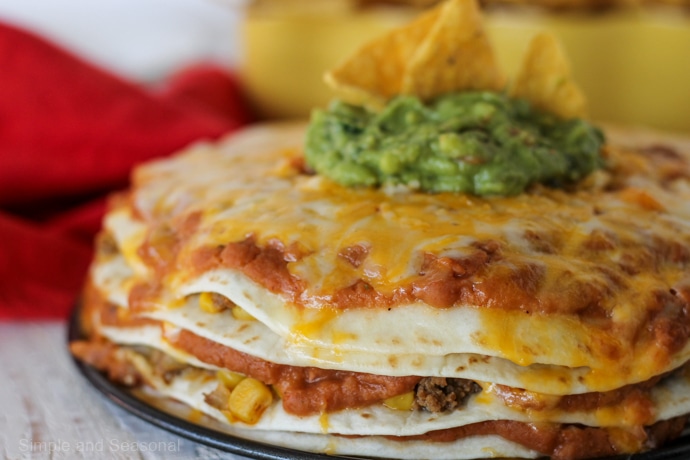 I used a 7″ springform pan to make this Crockpot Express Taco Pie. There was actually enough leftover filling to make another pie to freeze and use later. I’ll just bake that one in the oven from frozen to keep it from getting too soggy, though.

My family of 5, including boys who eat like adults, said that one pie wasn’t quite enough for dinner. I will probably be getting a second pan (I’ve had my eye on this Fat Daddio’s pan) so I can make a second one while the first one is cooling.

This recipe is enough for making two Taco Pies. It will make 8 servings if you cook both of them, or freeze one and make the other for 4 large servings instead. 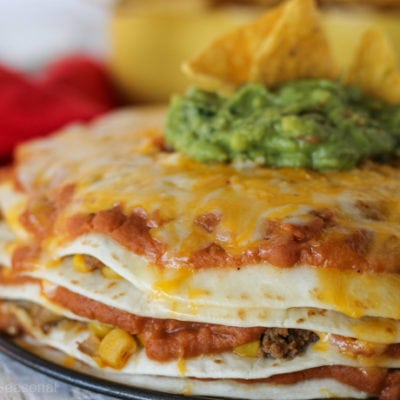 Stacked with layers of delicious taco meat, beans and cheese, Crockpot Express Taco Pie is an easy dinner your whole family will love!

Mexicorn is just regular canned corn mixed with red and green peppers. If you can't find it, use a can a corn and add a can of Rotel for extra flavor and a little heat.  If freezing one pie, reheat it from frozen in the oven at 350 for 60 minutes, or until warmed through. 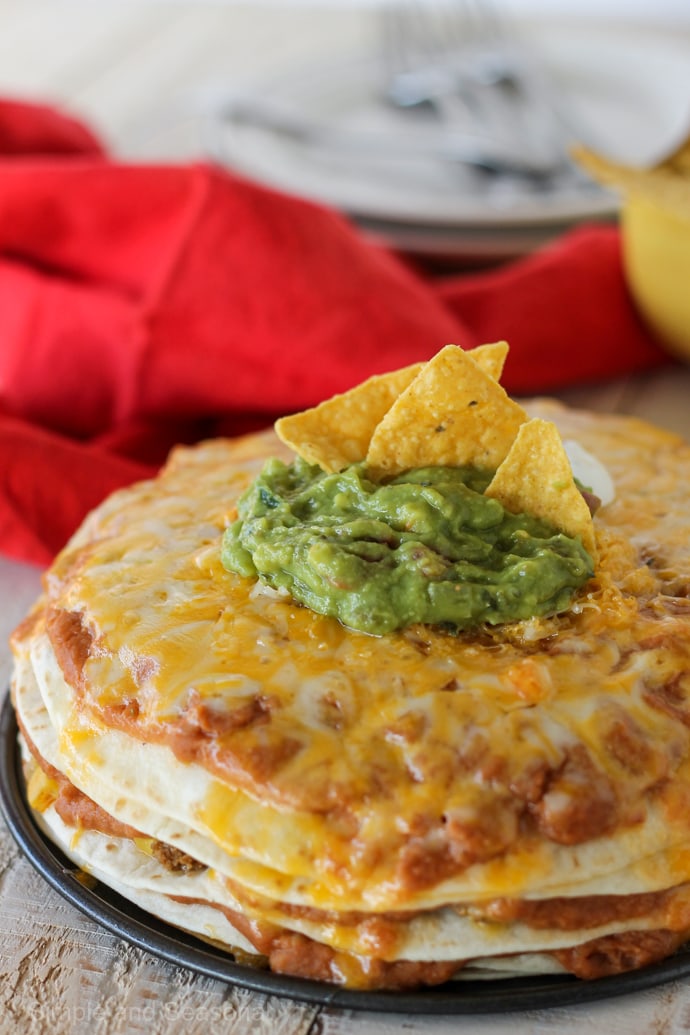