This shop has been compensated by Collective Bias, Inc. and its advertiser. All opinions are mine alone. #SnackPackMixins #CollectiveBias 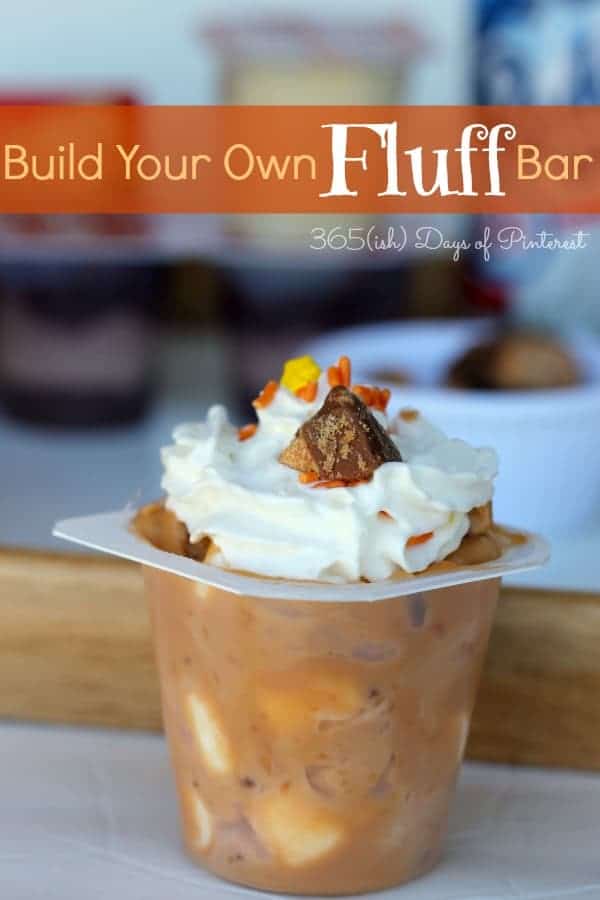 Some time last year I think, I was introduced to the wonder dessert that is “fluff.” (Yet another reason why I profess my undying love for Pinterest.) Oreo Fluff has to be the closest thing to dessert perfection I’ve ever experienced. So, when I had a pantry full of leftover Snack Pack pudding cups after we did a  finger painting craft, I  decided to create a “build your own” Fluff bar. I have to say, it was a bit of genius on my part. And my boys would totally agree with me. 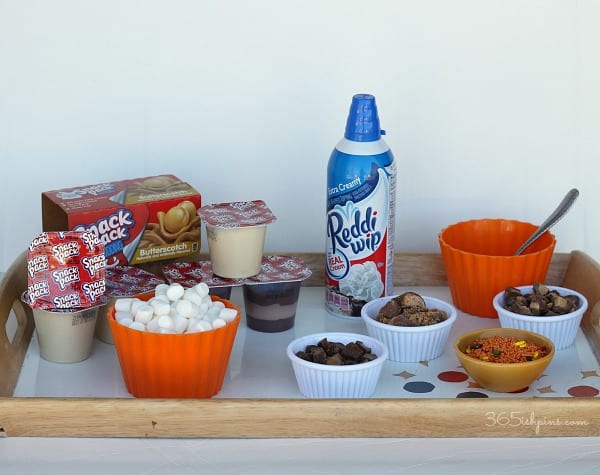 I pulled out my handy-dandy serving tray and filled it up with Snack Pack pudding cups, whipped topping, marshmallows (the three necessary ingredients for a good Fluff) and bowls of chopped up Butterfinger bars, Rolos, chocolate malt balls and sprinkles. I also included an empty bowl and spoon for mixing, since it’s tough to get all that goodness into a Snack Pack cup without making a mess. 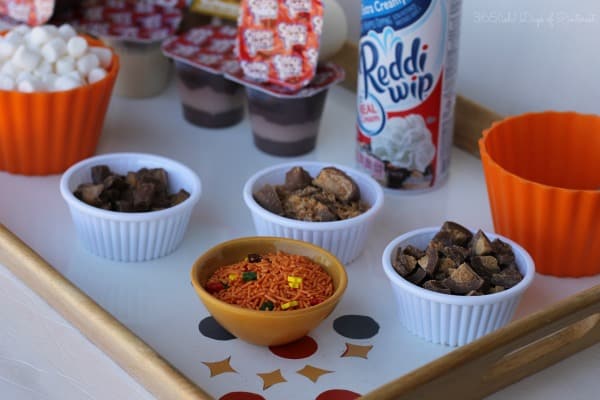 When it was time for dessert, the boys chose which flavor pudding they wanted and scooped it out into the mixing bowl. Then I added the Reddiwip. It should be a ratio of 1:1 pudding and whipped topping. Then they added a healthy handful of marshmallows and chose which candy to stir in. I gave it a good stir in the mixing bowl until it was combined well and scooped it back into the pudding cups. Somehow, it all fits back inside! (I love this idea because it doesn’t create any additional dishes for me to wash!) I topped them off with a little more whipped cream and some sprinkles and that was it! Individual pudding Fluff cups, customized to everyone’s tastes. Seriously, this may be the best idea I’ve come up with in a long time. I think the next birthday party we will just have a bunch of Snack Packs on hand and a Fluff bar! It’s cleaner than cupcakes and SO much easier for me!

I chose butterscotch pudding with Butterfinger candy bars. This is a great way to use up all the candy your’e going to have in your house after Halloween! The more crunchy and brittle candy works best. It adds a nice texture. Crunchy chocolate chip cookies would also be awesome. And, of course, the original Fluff creation with Oreo cookies is probably my favorite.

I picked up my supplies at Wal-mart in a special middle aisle display like the one in the photo above.  You should be able to find everything you’ll need right there in the special displays, and there’s even a tear-off coupon available! (Seriously, even without a coupon, these babies are cheap. A box of four cups only costs $1. I was happy to see such a great price because I needed several cups for a Fall craft I wanted to do with the boys. Remember the finger painting I mentioned earlier? Check out what we made! 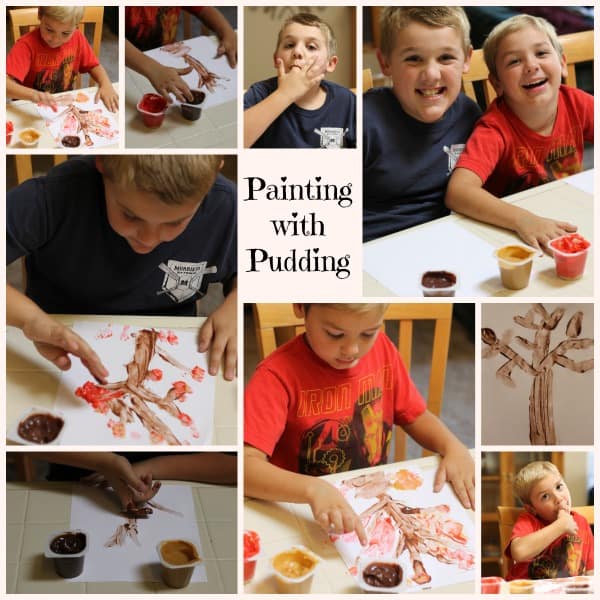 Yep! You can finger paint with PUDDING! And the best part? The kids can lick their fingers clean instead of worrying about paint getting all over their hands. 🙂 We used chocolate pudding to draw a tree trunk and limbs, and butterscotch and vanilla pudding colored red with food coloring to make yellow and red leaves! The boys used their thumb prints to make the leaves. Our trees turned out so cute and they are now hanging up on the bulletin board in honor of the arrival of Autumn. (And yes, I say “our” trees because I made one, too!) 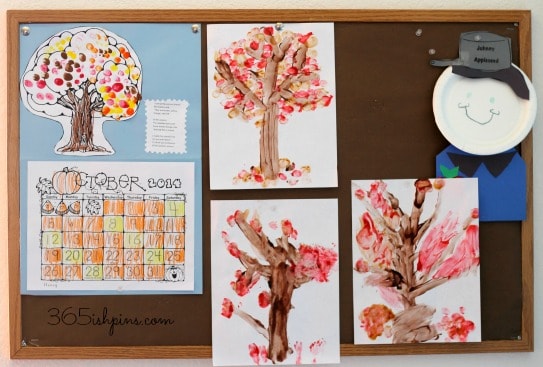 Join us on Twitter on October 8th at 12:00 EST to chat about great ideas for Fall and Halloween recipes using Snack Packs and a chance to win $550 in Wal-mart gift cards! Just use #SnackPackMixIns to find the conversation! I hope to see you there! My Twitter handle is @365ishpins. Good luck! 🙂