Our Day at Adventure City 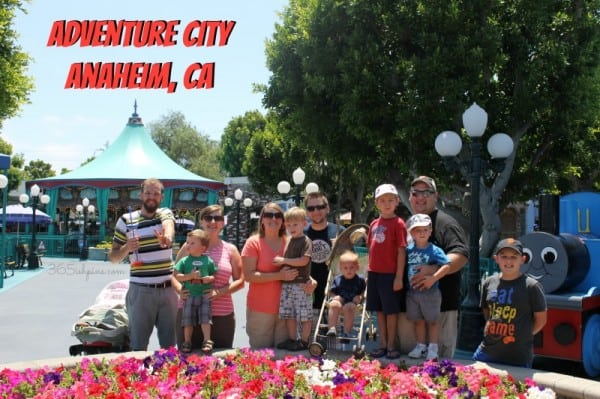 We had the opportunity to go to Adventure City in Anaheim for a fun day trip with the family. It’s “the little theme park that’s big on family fun!” Really! We had such a great time with the kids.

It’s small enough that you can get around the park easily but full of fun rides and activities for young kids. The oldest child in our group is 9 and the youngest is almost 2 and all of them had a great time.

Well, Charlotte was really the youngest, but since she’s a few months old, she spent most of the day snoozing in her stroller. 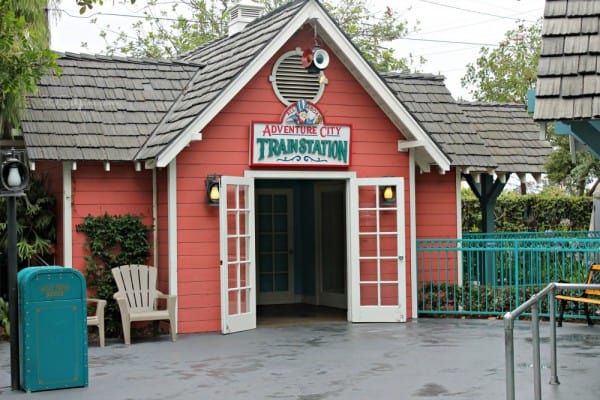 When we first got into the park, we went straight to the back to ride the train that takes you around the whole park. It was a great way to see what rides we wanted to go on and get a feel for the size of the park. 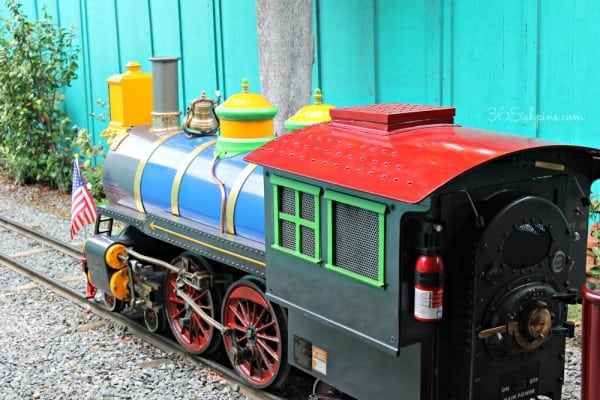 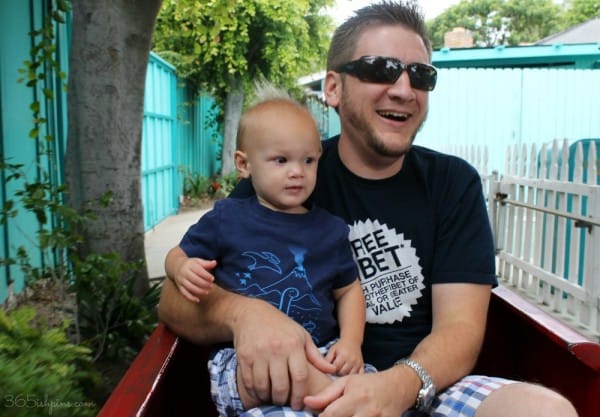 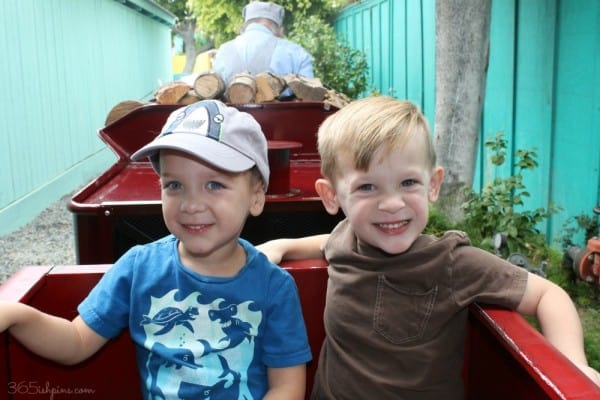 We actually rode all the way around the park twice because there was no one else in line and everyone wanted to do it again. That was pretty much the general consensus after every ride: Can we go again? 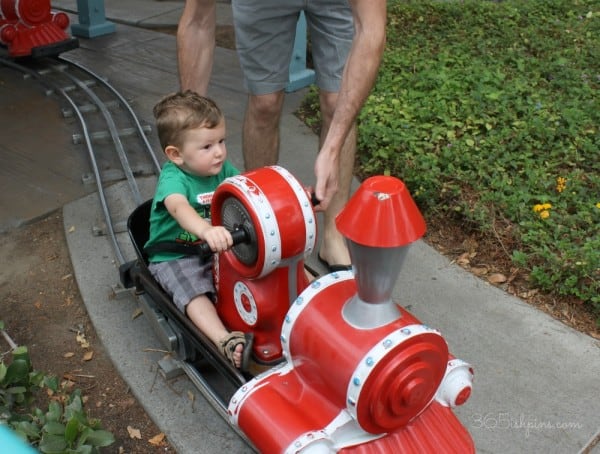 After the train ride, the kids took their own trains out for a spin. I loved how laid-back the park was. They let us go in to help the younger ones with the rides, buckle seat belts, or ride along with the kids.

This was another ride the kids took more than the usual time on because we were the only ones in line still. I’m glad we got there right when it opened so we could enjoy the park before it started getting full! 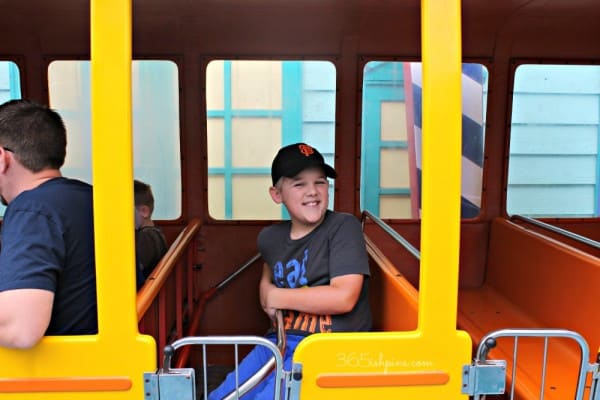 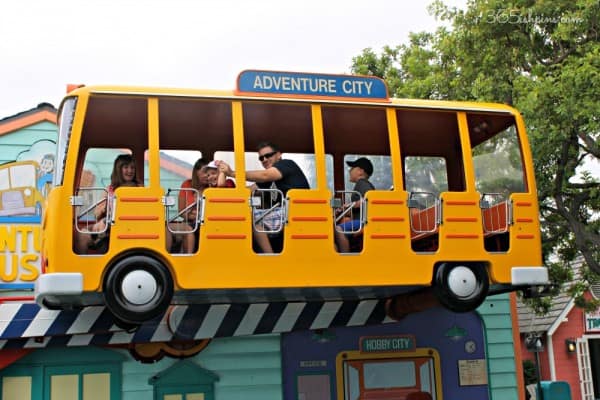 When you first enter the park, there’s a play area dedicated to Thomas the Tank Engine fans. The kids kept begging to go back to the train area so we headed over there after several rides to set up tracks and play with trains for a while.

It was nice and shady and full of trains and tracks so no one was left out. Even the adults got in on the fun with some elaborate track setups! 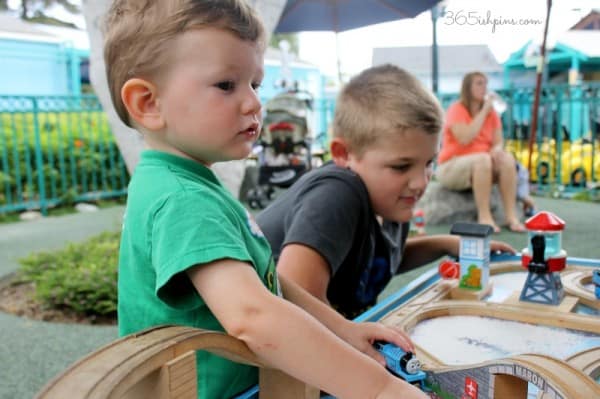 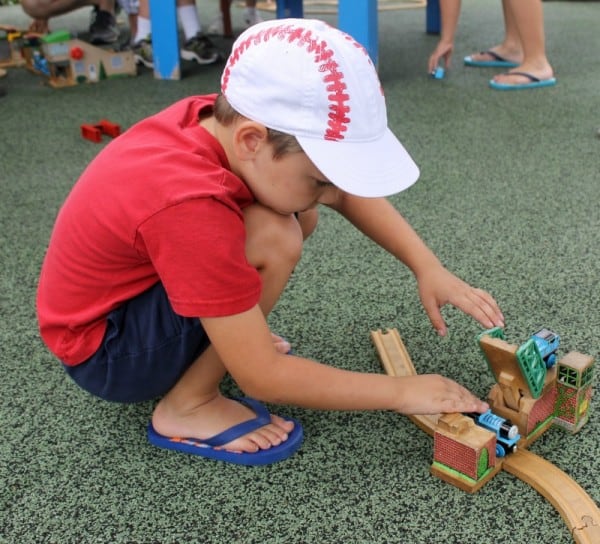 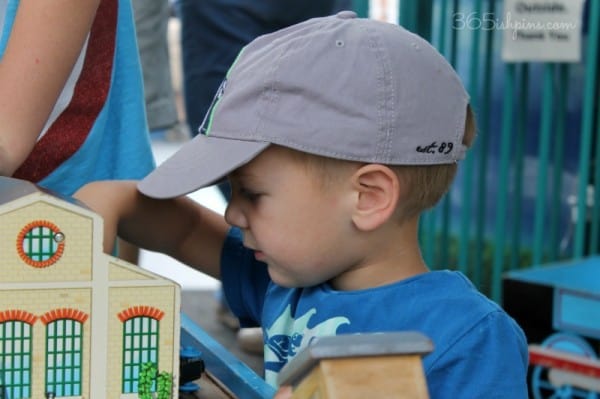 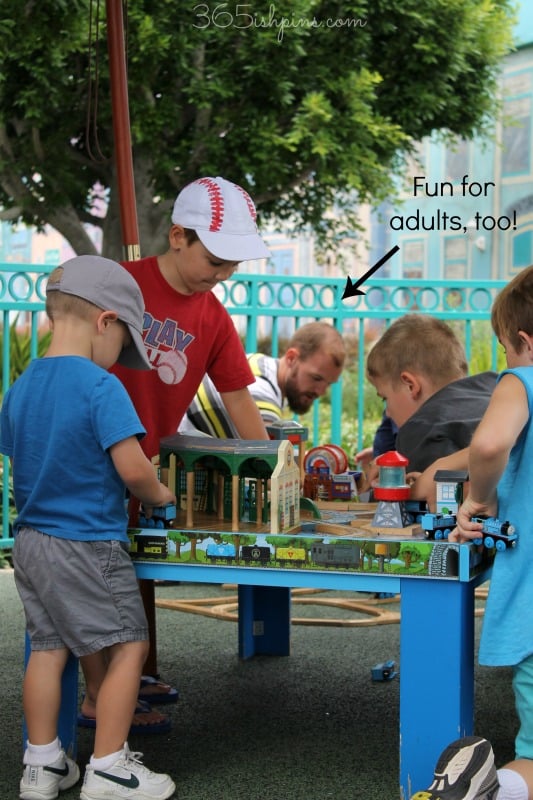 The kids would have stayed in the train area all day, so we finally dragged them out and went to get lunch. I was surprised at the variety of food offered. The prices were more than a trip to McDonald’s would be, but they were reasonable for a theme park.

And you got a lot of food with each meal. I ordered a chicken Caesar wrap that was delicious! The lettuce was fresh and crispy and the chicken was moist and flavorful. We tried the pizza (also very good), nuggets, chili fries…a little of everything and no one had any complaints at all. 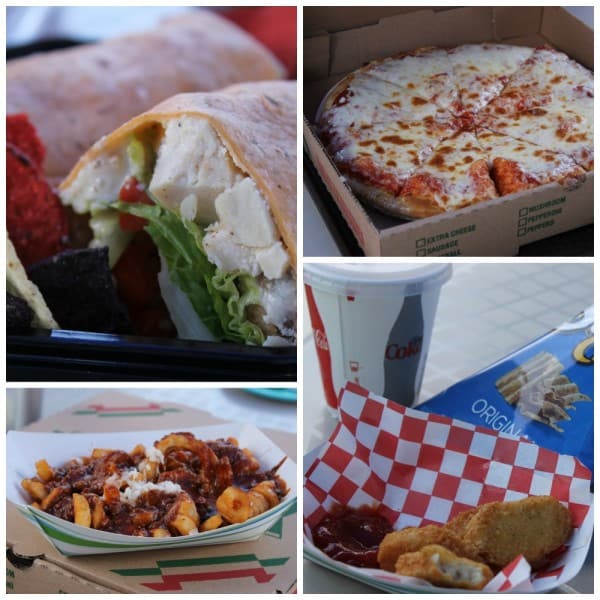 As we were eating lunch, a little parade of park employees came by announcing a puppet show in the theater. We quickly finished up and walked over to watch the show.

This was the only part of the day that was disappointing. The employees running the show were obviously NOT working from a script, or they just decided to do their own thing that day. When they did get back on track, they sang kids’ songs and the kids did enjoy that part.

There was also a dog puppet that the kids liked, especially when he stole the worker’s hat. But I think that was the only puppet we saw in the “puppet” show and the rest of the time was really random banter between the hosts and sometimes the audience. The kids were getting restless by the time the show was done.

They closed the show by calling up anyone who wanted to participate in the Hokey Pokey with them and two of our kids went to sing and dance with the hosts. That was fun and they enjoyed being up front with them for a few minutes. 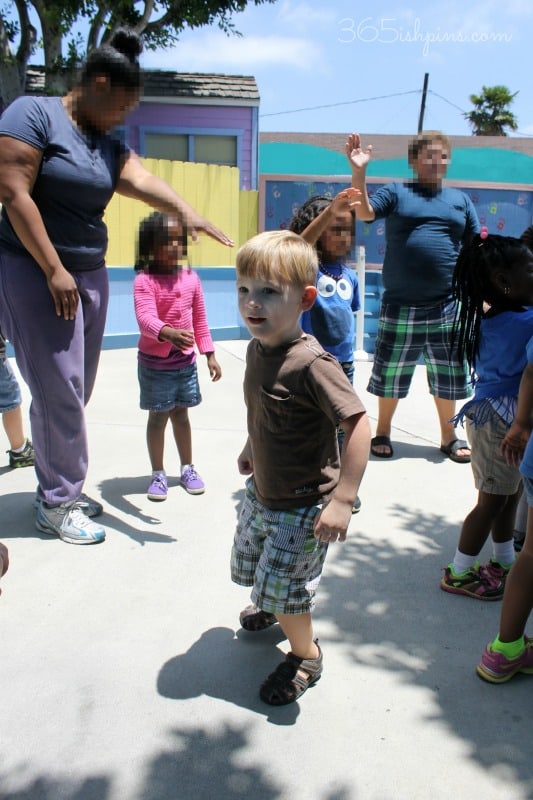 After the show was over, we went on a few more rides, including a second turn on the carousel. The airplane ride was fun for the kids because they can control the up and down movement with a joystick.

After the airplanes, we went on a balloon ride and I was surprised at how fast and high it traveled. It left a flutter in my stomach. 🙂 I love Henry’s face as we started to soar! 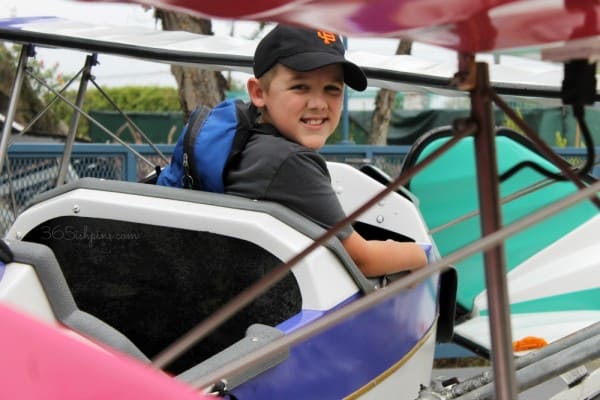 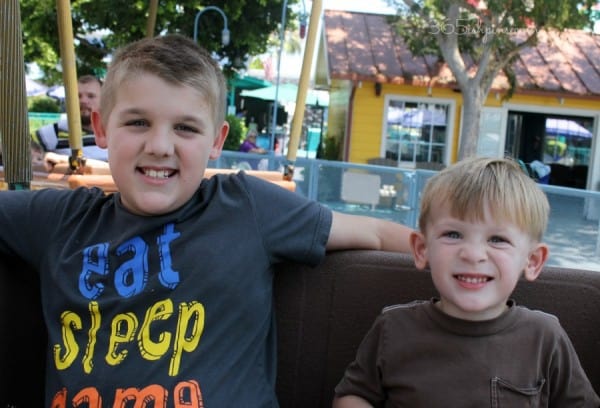 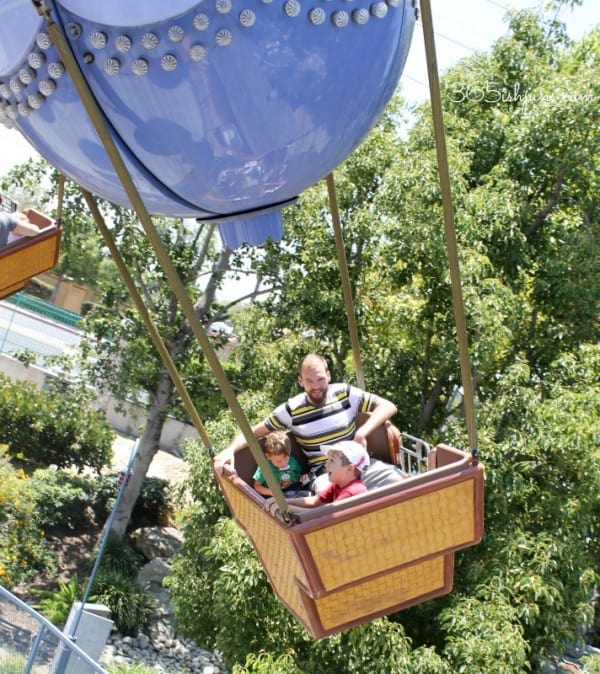 As we finished the last few rides, it was getting late in the afternoon and we wanted to leave to beat the traffic on the 91 freeway. The boys would have all stayed for several more hours to ride everything again.

But before we left, we went to the corner of the park to see the petting zoo. There were several goats, a sheep that desperately wanted to be let back into the safety of the fenced off area, and I think a few chickens.

I was glad for a convenient hand-washing station and bathrooms right outside the petting area. 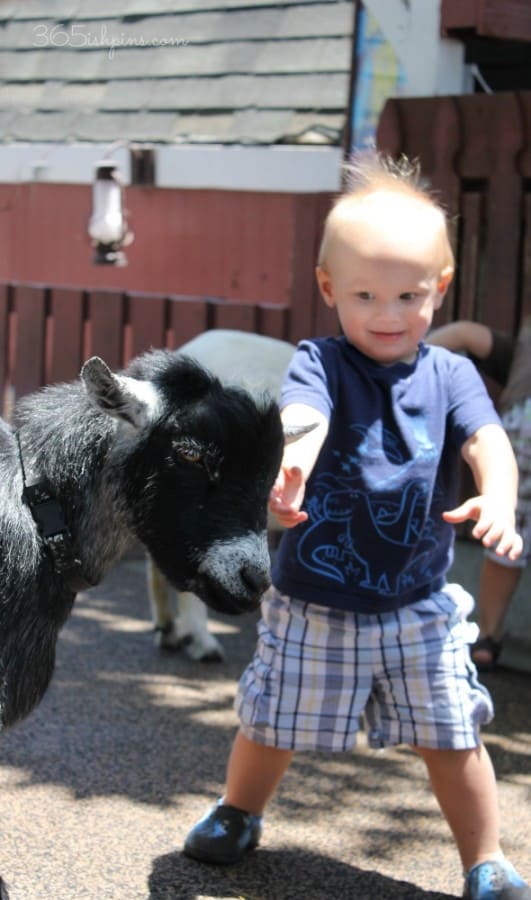 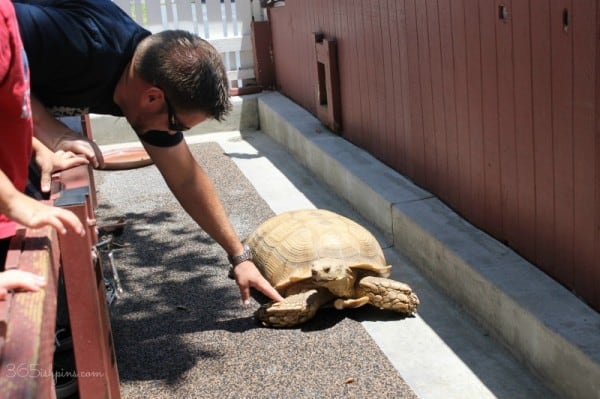 It was a wonderful day that we have talked about several times since then. It’s perfect for families with young kids. Everyone can ride on just about everything, and there are no long lines.

I would take my kids again in a heartbeat! Thanks, Adventure City, for a memorable family fun day! If you’re looking for more activities around southern California, check out this post about our SoCal Staycation. 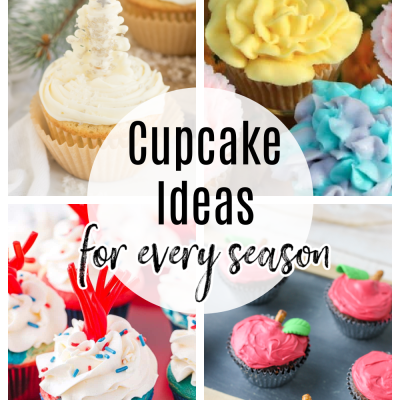 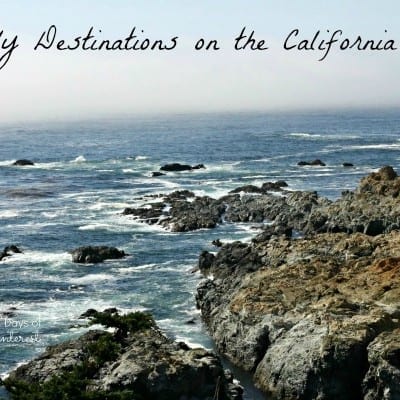 Family Destinations along the California Coast 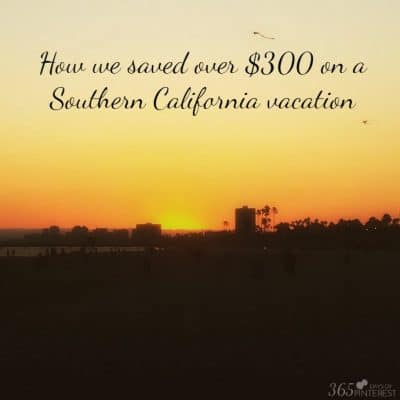 How we Saved Over $300 on a Southern California Vacation!