Featuring  the warm and comforting flavors of ginger, nutmeg and cinnamon, Crockpot Express Eggnog Cheesecake is the perfect holiday dessert! 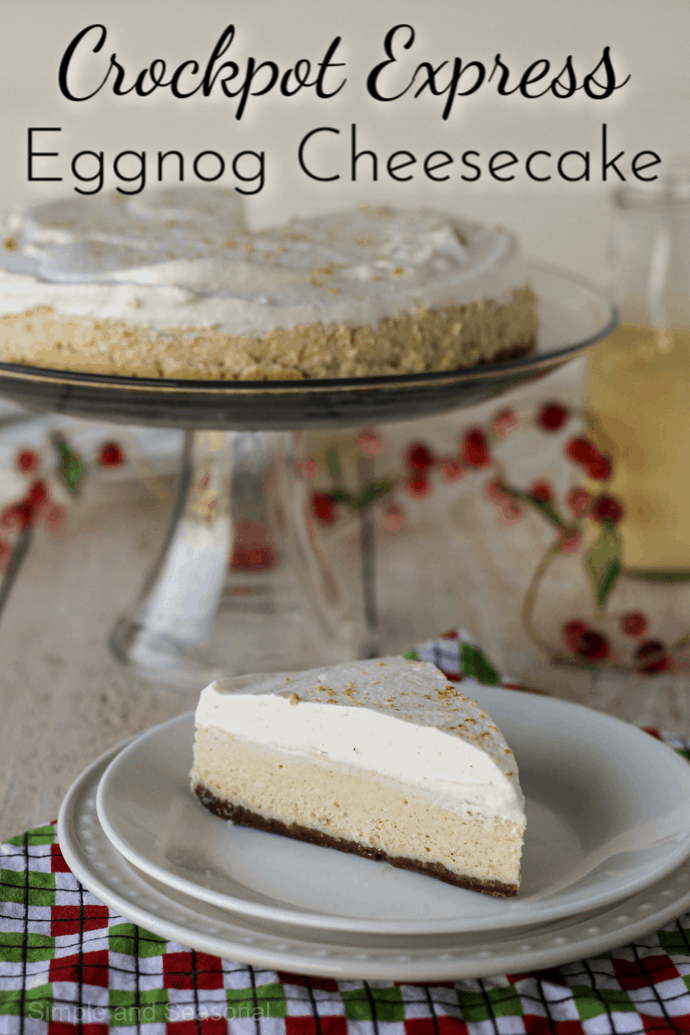 It’s the most wonderful time of the year ♫ ♪ You know…when eggnog is back in the stores! Actually, I don’t even drink eggnog. But it’s always in the house because my husband and son guzzle it like it’s going out of style. I do, however, love to bake with it! This year I thought I would experiment with making Crockpot Express Eggnog Cheesecake. 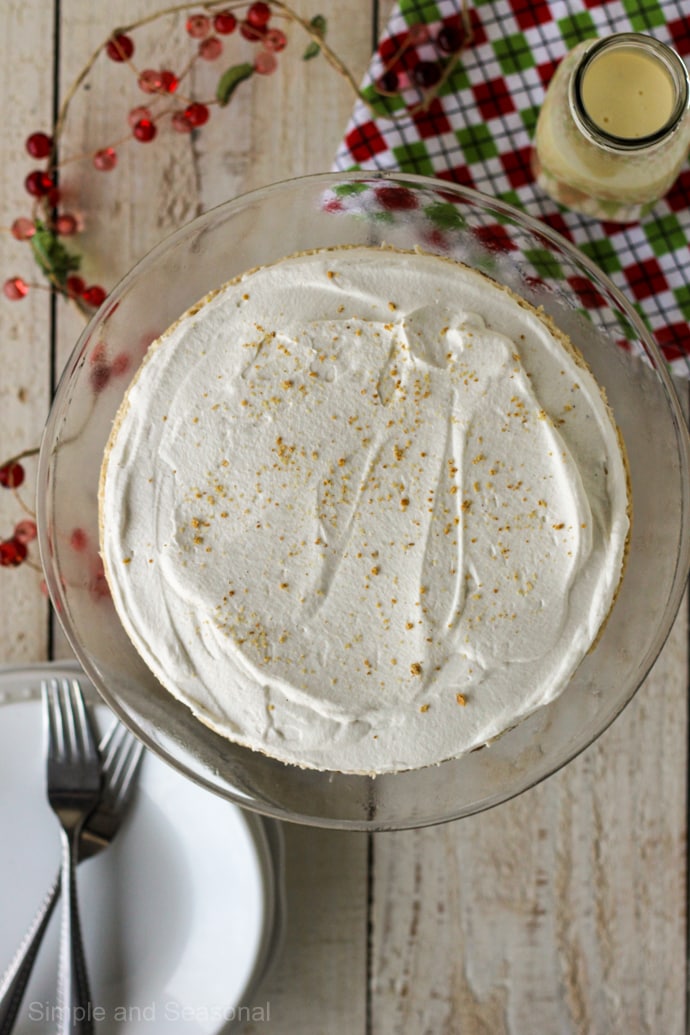 Cheesecake remains one of the best things to make in a pressure cooker. There’s no tricky water bath to deal with, and I’ve yet to have one crack on me. Every single time I get a smooth, creamy cheesecake that just melts in my mouth.

I used my recipe for a plain Crockpot Express Cheesecake and changed it up just a bit to feature the holiday flavors of eggnog. 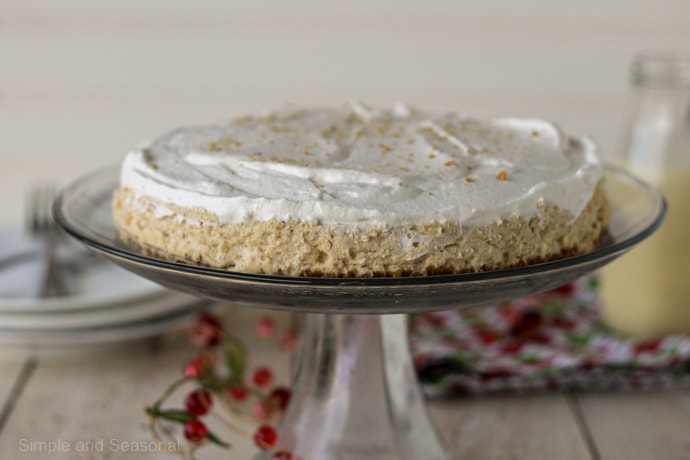 First, a few tips for making a successful cheesecake in the Crockpot Express: 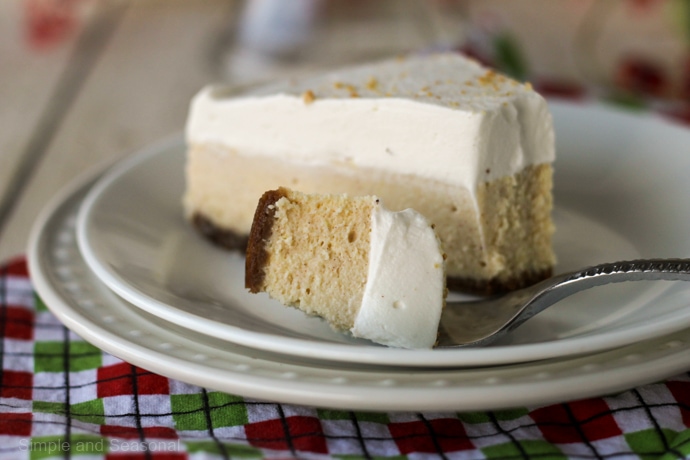 I also punched up the flavors of eggnog by adding nutmeg and cinnamon. The final piece of the puzzle was that punch of ginger coming from the crust. This creamy and sweet cheesecake needs the balance that the ginger snap crust brings. The three layers come together to make one perfect bite! 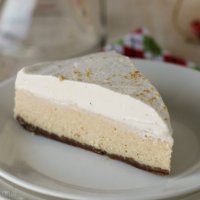 For the cheesecake filling: 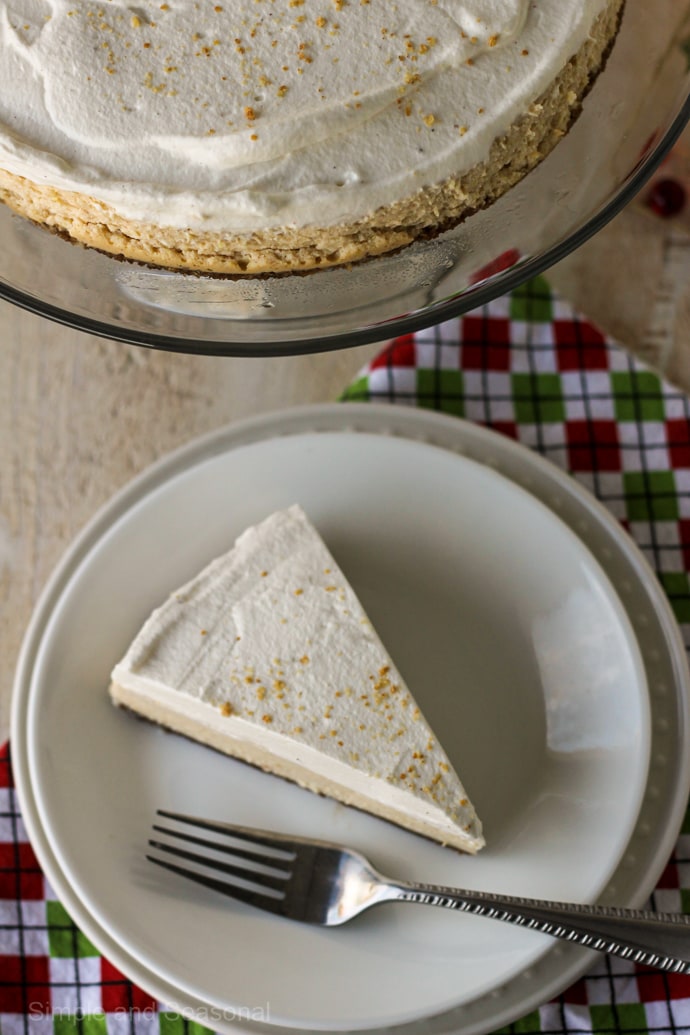 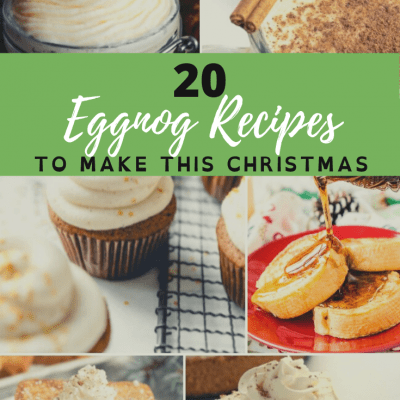 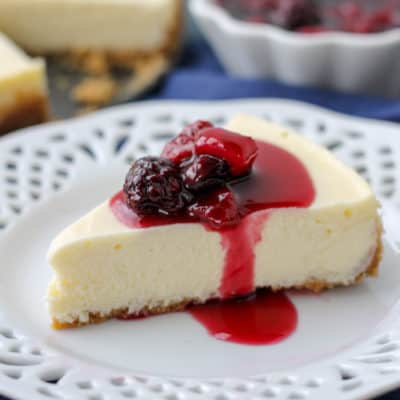 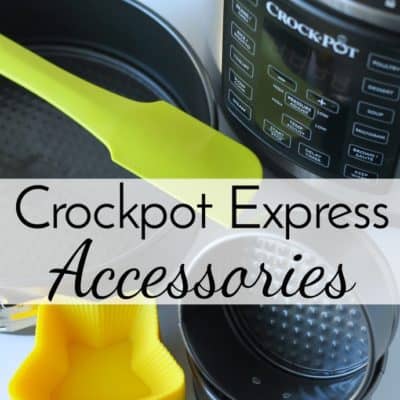