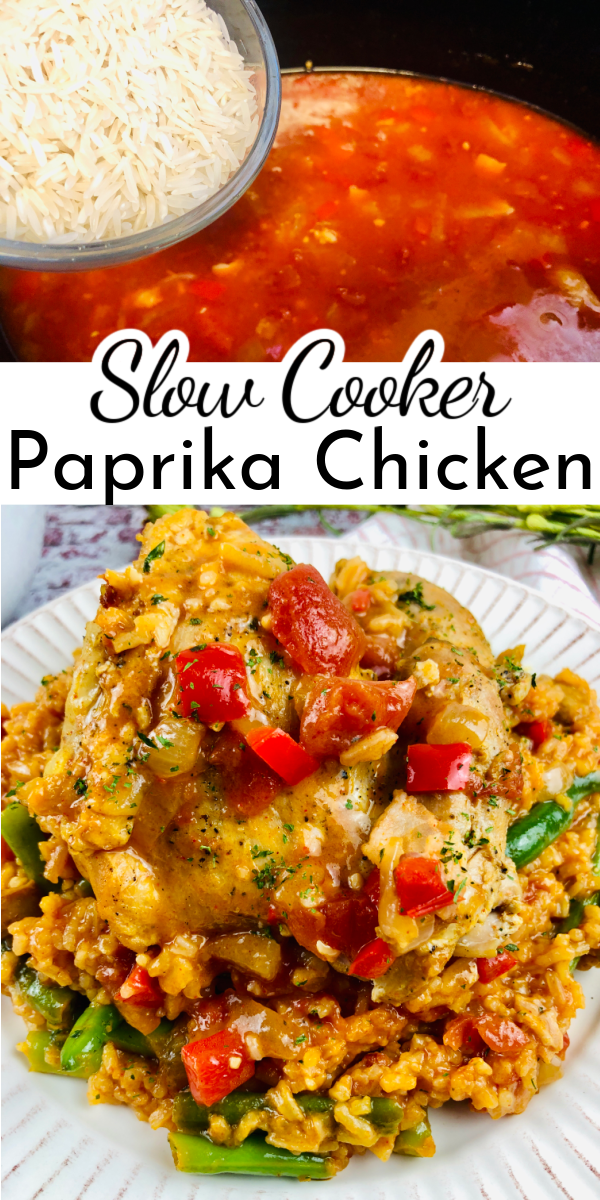 With flavorful rice cooked in the same sauce as the chicken, Slow Cooker Paprika Chicken is a complete and hearty meal! Comfort food is the best kind of food. 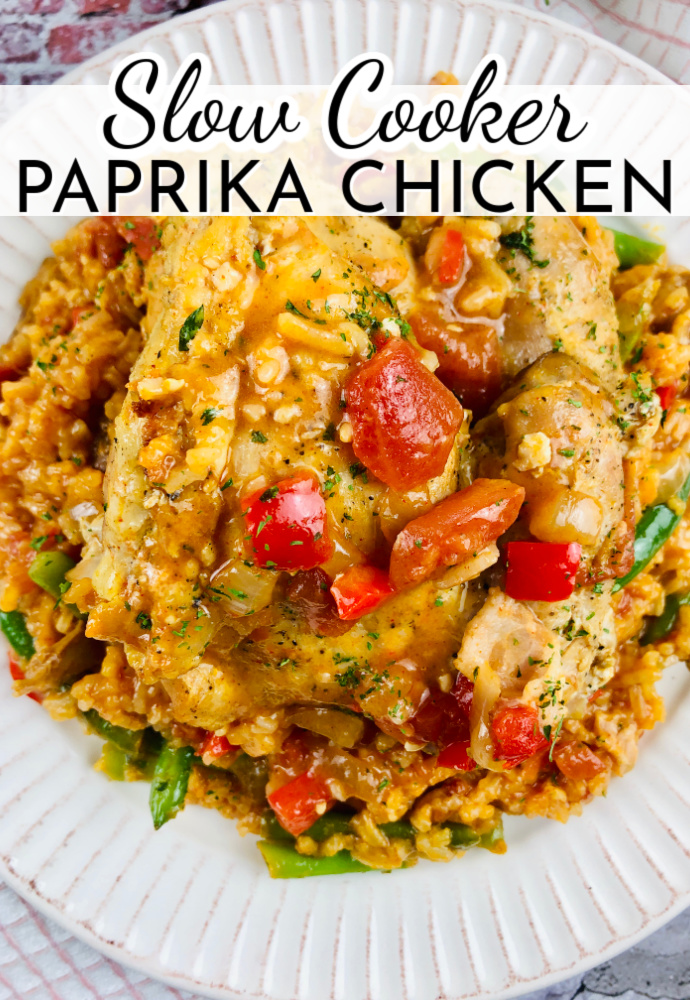 We eat a lot of chicken in our house, so I’m always looking for ways to change things up for variety’s sake. I love that the rice in this Slow Cooker Paprika Chicken recipe is cooked in the tomato sauce and cooking juices released from the chicken thighs. That adds so much flavor.

If I can also cook the meal in the Crockpot, that makes it a winner! This recipe does require a skillet for browning the chicken and making the sauce, but after that you let it cook low and slow while you go about your day. 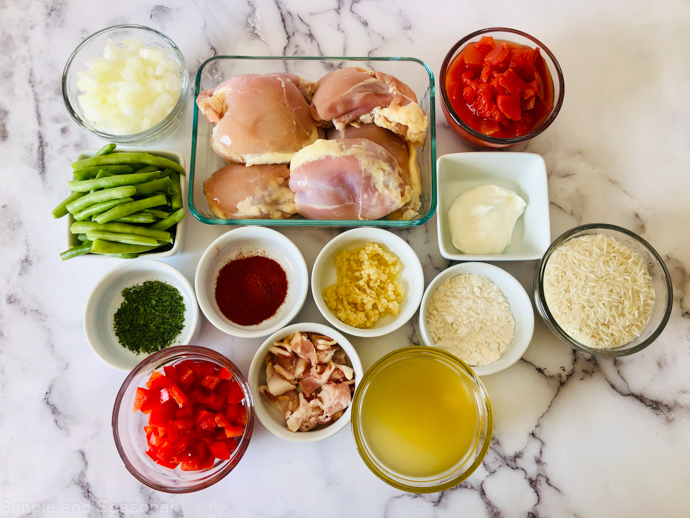 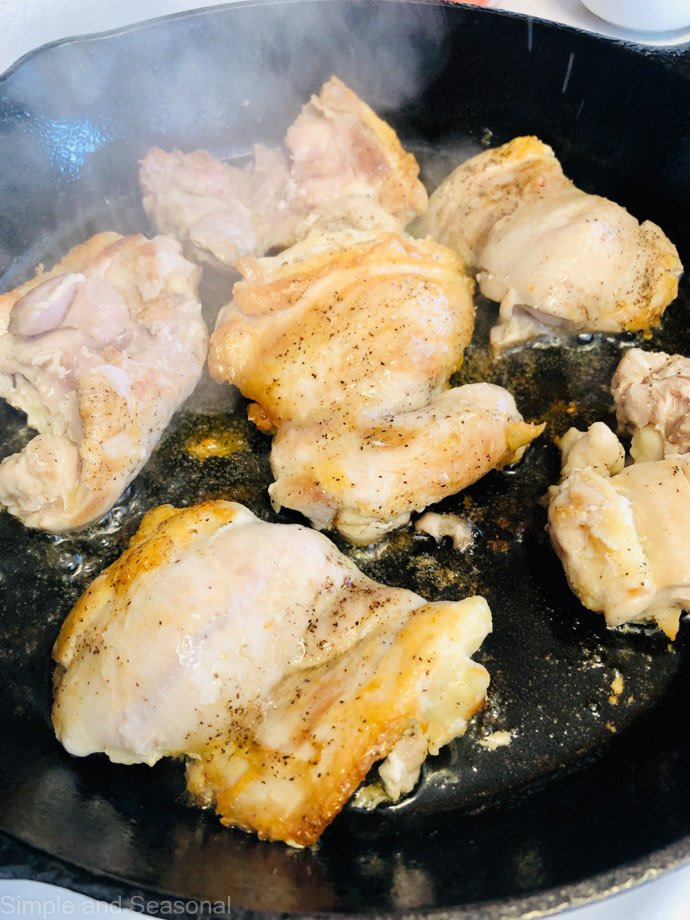 Start by browning the chicken thighs in a skillet. It should take just 2-3 minutes per side. Place the browned chicken in the slow cooker.

In same skillet combine the oil, bacon, onion, bell pepper, garlic, and paprika and cook until the bacon is browning. Then add the flour, crushed tomatoes and broth to finish making the sauce.

Pour the sauce over the chicken in the slow cooker. Cook on low 4-5 hours. 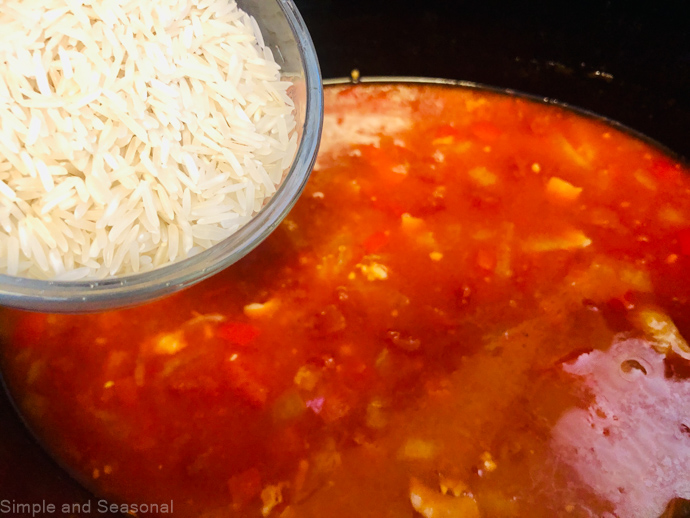 Remove the chicken, turn the slow cooker to high and stir in the rice. Return the chicken and cook on high for 40 minutes, or until the rice is tender. 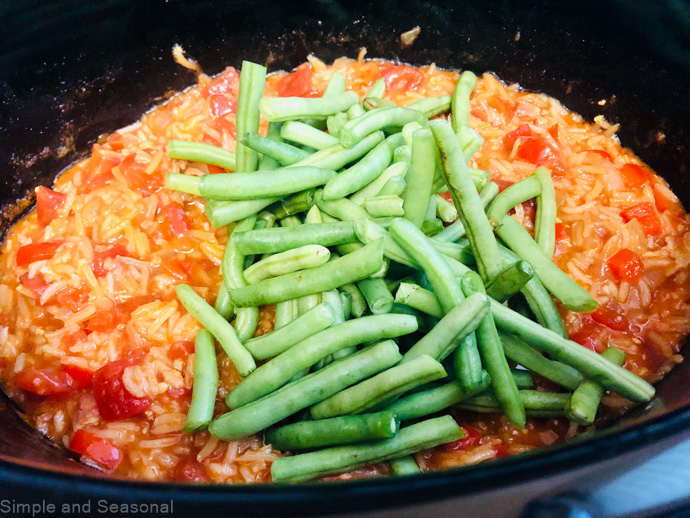 If desired, add the green beans during the last 15 minutes of cook time. 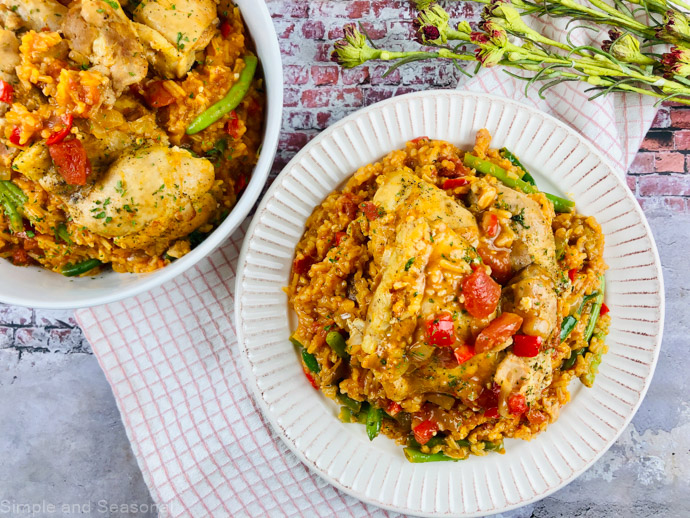 Stir in the sour cream, add salt and pepper to taste and garnish with fresh parsley if desired. It’s a complete meal on the plate! Another family favorite chicken recipe is this Crockpot Cheesy Chicken and Rice. It’s one of those “stick to your ribs” kind of family dinners.

If you have a pressure cooker like the Crockpot Express, you can make this meal in a snap! Follow the same basic instructions as shown above. You can use the Brown/Saute setting to first brown the chicken, and then cook the bacon and other ingredients needed in the sauce.

Next, add the rice into the pot, stir, and then place the browned chicken on top of the rice. (It’s OK if it sinks down into the rice/sauce mixture.) Press Rice/Risotto and adjust the time down to 8 minutes on LOW. Press Start/Stop. Allow a full natural pressure release so the rice has time to soak up the sauce and soften completely.

When the pressure has released and the lid unlocks, open the lid, remove the chicken and stir in the sour cream and additional seasoning. Serve as shown above!

The exception for making Crockpot Express Paprika Chicken is the fresh green beans. If you add them at the beginning of the cook time, they will be VERY soft and overcooked. I would just leave them out, unless you don’t mind them being quite soft.

You don’t really want to interrupt the rice cooking cycle because you’d have to do a quick release and that sudden change in pressure will break down the delicate rice grains and turn it to mush. Instead, steam them on the stove or in the microwave while the chicken and rice is cooking. 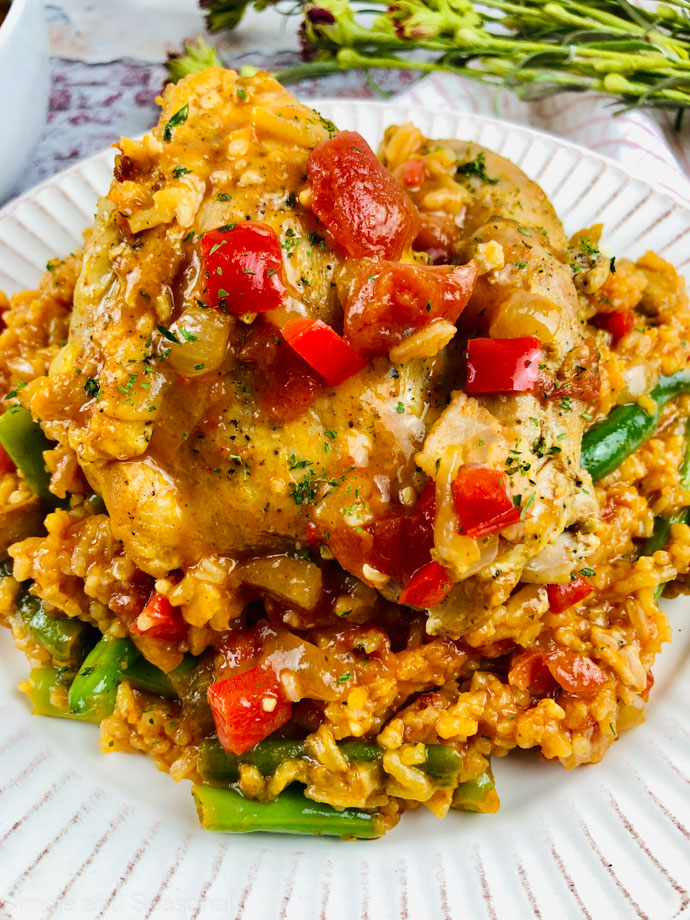 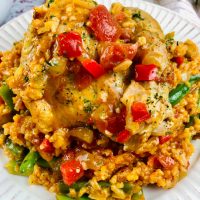 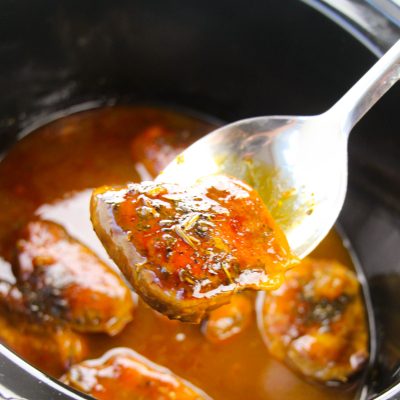 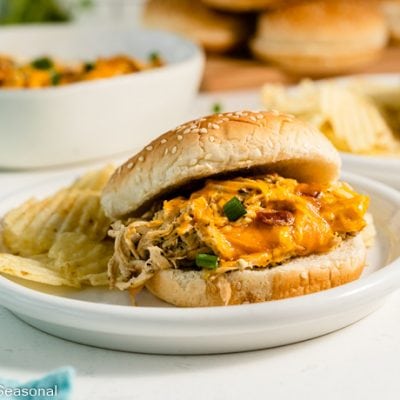 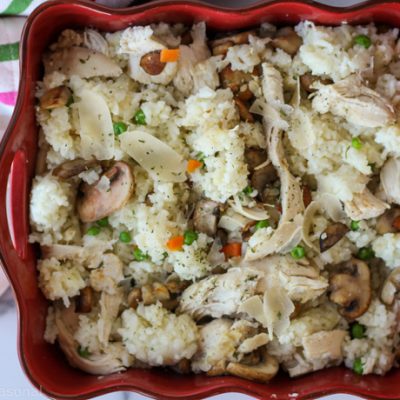