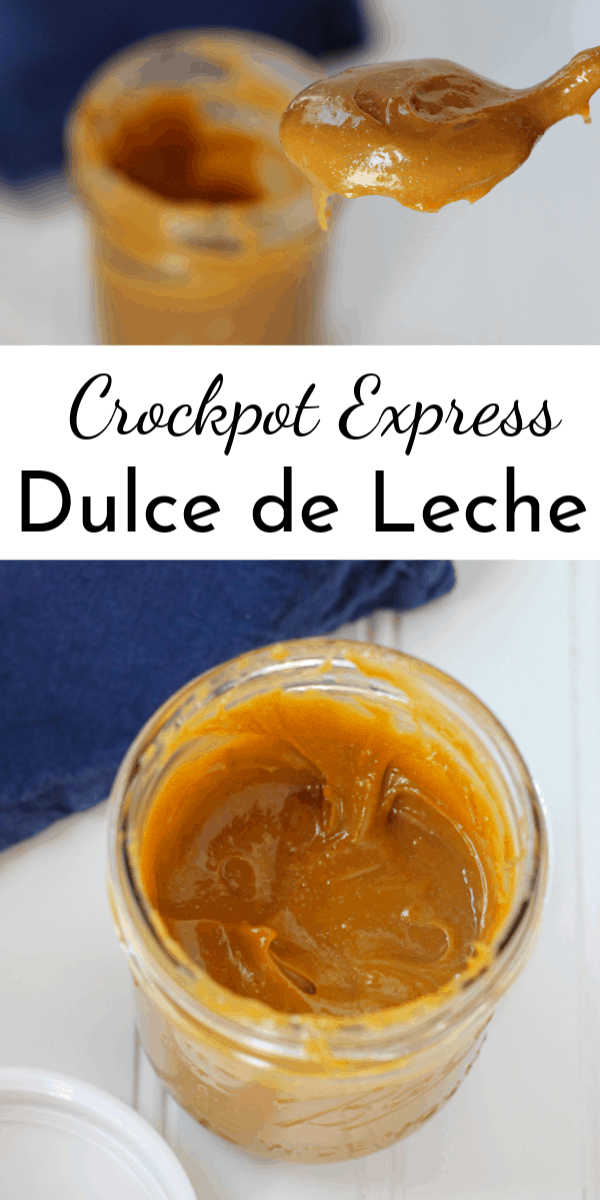 Crockpot Express Dulce de Leche is perfect for topping cheesecakes, using as a fruit dip or just spreading on toast! There’s no need to get store-bought sauce when it’s this easy to make your own! 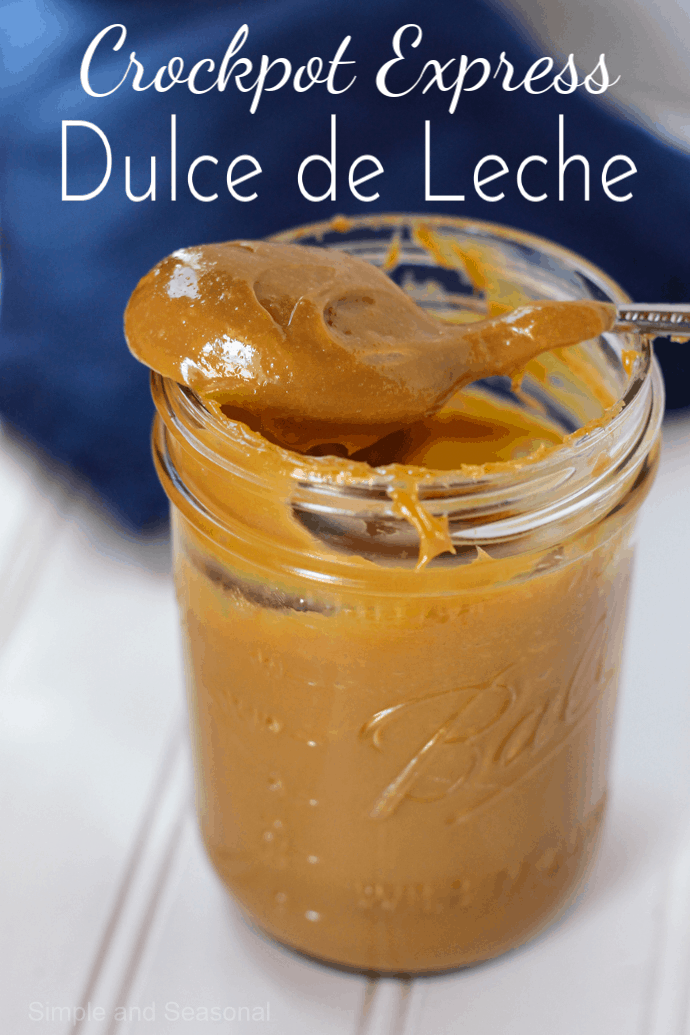 “Dude. Duuuuuuude.” When I get that reaction from someone tasting my food, I know it’s a winner. 🙂 But to be totally honest, I can’t exactly claim genius food blogger status with this recipe. Crockpot Express Dulce de Leche is just a method for making the delicious caramel-like sauce that’s been around for ages. But I made it and shared it with others, so I’m taking whatever credit they’re willing to hand out. 😉

It is, however, very caramel-like in flavor and texture. It’s just not as cloyingly sweet as caramel can tend to be. I ate it right off the spoon until I felt bad about it and started dipping apple slices in it instead. There. Now it’s a healthy snack. 😉 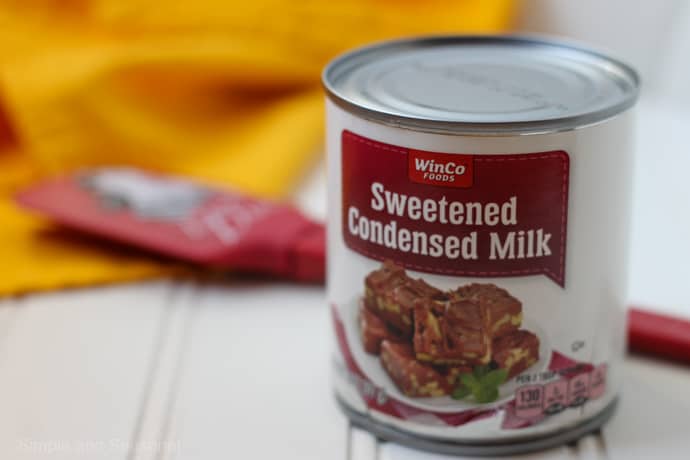 Crockpot Dulce de Leche takes this traditional sweet treat and makes it much easier and faster! Instead of boiling it on the stove for a few hours (watching the water level carefully) and then waiting ages for the can to cool down, you can be enjoying it on top of your cheesecake or spread on toast in about an hour!

For generations, people have cooked dulce de leche directly in the can (after removing the label.) However, all the labels now have warnings stating it’s not safe to heat the milk in the can. It’s true that pressure cooking doesn’t take as long so you’re not exposing it to heat for hours, but I’d rather be safe than sorry. I don’t want to risk leaching chemicals into my food. 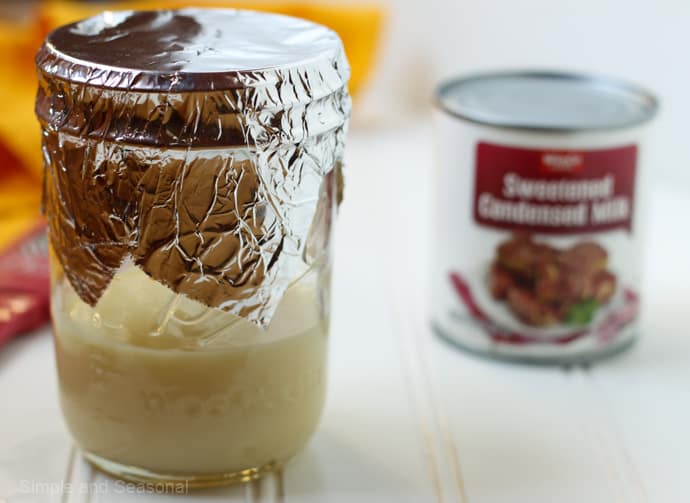 Simply open the can and pour the contents into two jars. I decided to use two canning jars because it would be easier to stir and get creamy afterwards. You can certainly use one jar and just work a bit harder to stir when it’s done. Then I covered them tightly in foil and put them on the trivet in my Crockpot Express and added the water.

For storage later, you can use these handy reusable plastic lids. They fit perfectly on canning jars and I use them for yogurt, jam or just storing leftovers! (Just make sure you get the right size-wide mouth vs. standard.) 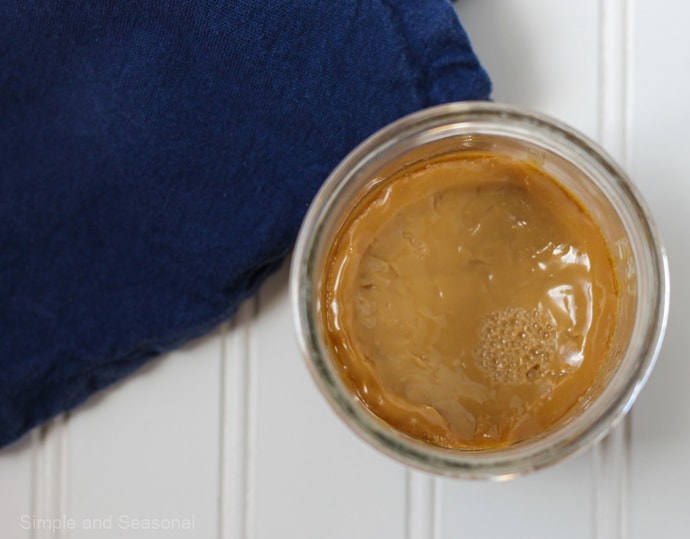 When it was done, this is what it looked like. It’s stiff to the touch on the top and you can see a few bubbles. It’s a lovely dark color as well. A longer cook time will result in a darker color. 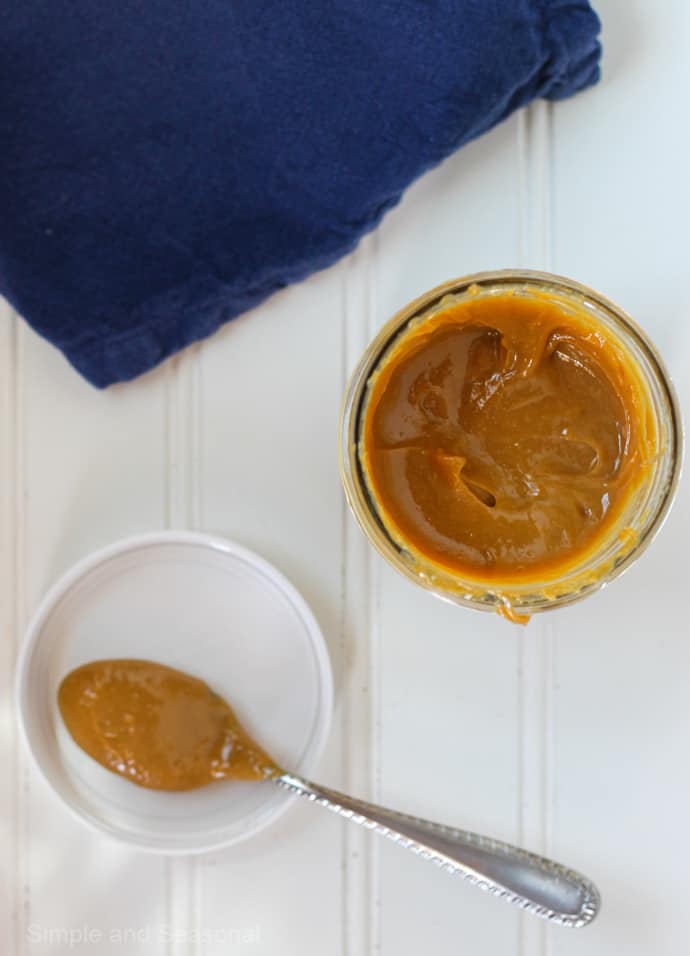 After letting the jars cool enough to be able to touch them, it’s time to stir. As you stir, you start to get a smooth and creamy dulce de leche. As it cools, it will thicken, but it doesn’t get hard. If you want to pour it over something (like your own Crockpot Express Cheesecake) just heat it up again to thin it out. 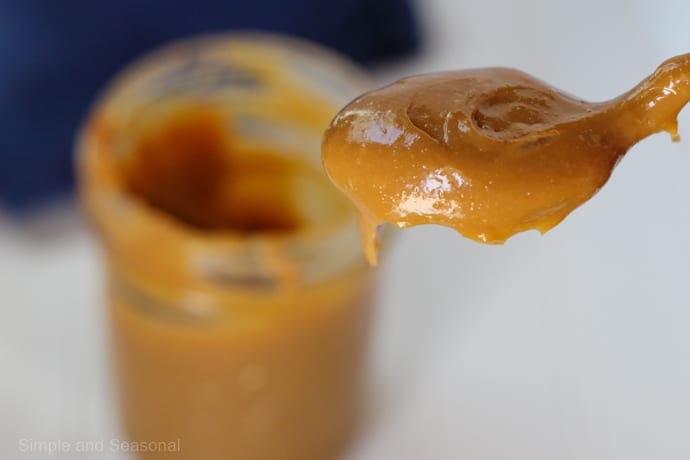 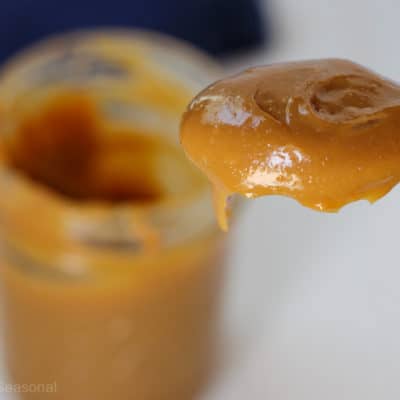 Now that I know how easy this Crockpot Express Dulce de Leche is to make, I’m putting Banoffee Pie on my “must try soon” list! I already tried dipping banana slices in it and was blown away by the flavor combination, so I know I’ll love the pie!

Don’t forget to pin this recipe for later!