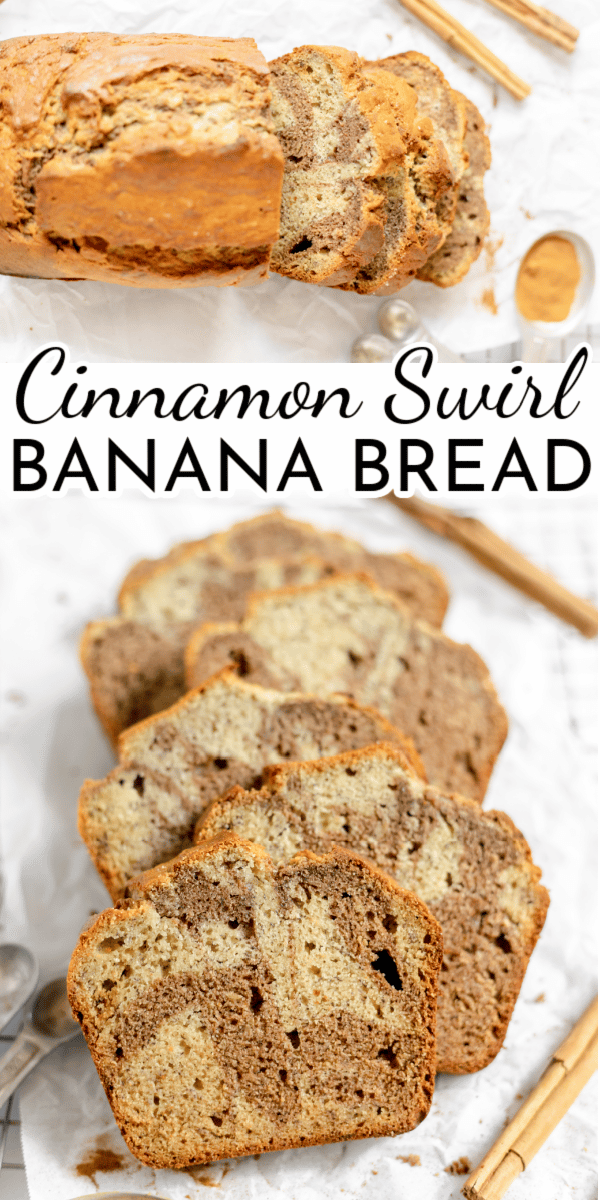 My family seems to go through phases where we blast through a bunch of bananas one week, and then the next week they sit unwanted in the fruit bowl. For the weeks when bananas are suddenly unwanted, it’s the perfect chance for cinnamon banana bread!

For the best flavor, you want your bananas to be really REALLY overripe. The blacker the better, I say! So don’t throw them out-make some delicious Cinnamon Swirl Banana Bread instead.

I’ve made several other types of banana bread as well. This Easy Banana Bread actually uses Miracle Whip! It sounds gross, but it’s the key to a really moist and tender banana bread.

If you only have one banana (and you have a pressure cooker) you can try these yummy Banana Bread Bites.

One of my most popular recipes is Cherry Banana Bread. It has chunks of fresh cherries inside and the most delicious cherry glaze on top!

Another recipe I’ve made is Nutella Swirled Banana Bread. It’s delicious, but the swirls are quite a bit smaller.

The key to the big, thick swirls of cinnamon in this bread is mixing it into a small amount of batter first.

If you really want to amp up the spice, add a cup of cinnamon chips. They can usually be found in the baking aisle during the holiday season (which is basically August-December.) 😉 In a pinch, I’ve found them on Amazon as well.

Start by mixing together the dry ingredients in a small bowl and set it aside. Then in a larger bowl, cream together the butter and sugar.

Add the eggs and vanilla to the butter mixture. Mix well and then add the ripe bananas. Mix until blended. The batter will be a little lumpy-that’s normal.

Add the dry ingredients back into the bowl with the wet ingredients. Stir together.

Place 1/3 of the batter in a separate bowl and add the cinnamon. Mix until incorporated.

Add both batters one spoonful at a time, alternating between cinnamon batter, and regular batter until all your batter is used.

Using a butter knife, swirl the cinnamon banana bread batter together with the regular batter.

Bake for one hour, or until a toothpick inserted in the center comes out clean. I usually start checking mine around the 50 minute mark. Cool for about 10 minutes and then remove from the loaf pan to finish cooling on a wire rack.

After the bread has finished cooling, you can slice it up to show off those beautiful cinnamon swirls. It may be a simple recipe, but Cinnamon Swirl Banana Bread is a show-stopper! 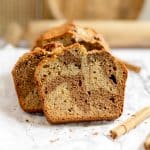 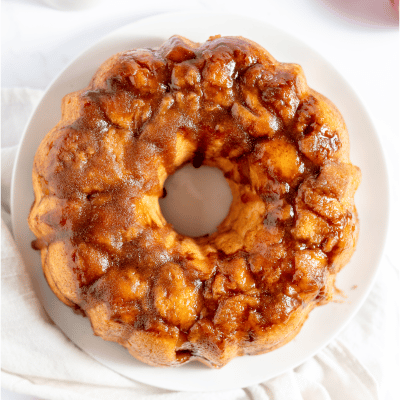 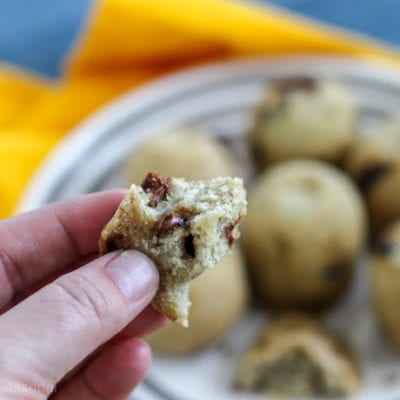 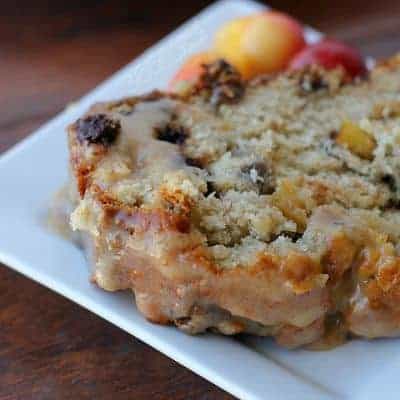